“Those who are evil will not survive, but those who are righteous will live because they are faithful to God.’ “ 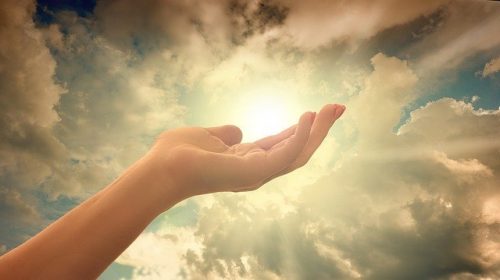 Image by Gerd Altmann from Pixabay

How much sense is there in either of these statements?

Yet God said it. And these men believed.

The writer to the Hebrews introduces us to several people whose lives were open to God.

Heroes who were faithful to God

Here in Habakkuk we read:

“those who are righteous will live because they are faithful to God.’

Or as .the Contemporary English Version puts it:

Only those who live by faith are acceptable to…” God

If we turn to Hebrews chapter 11, we can read a whole list of heroes of faith. These people had no real reason for believing what God had promised them. Their trust was based on the fact that God had said it, so they believed it.

In Hebrews 11: 6 we read, “…without faith no one can please God. We must believe that God is real and that he rewards everyone who searches for him.”

Let’s take a look at two of those heroes.

Noah was faithful to God

“Because Noah had faith, he was warned about something that had not yet happened. He obeyed and built a boat that saved him and his family.” (Hebrews 11:7)

“So God said to Noah, “I am going to put an end to all people, for the earth is filled with violence because of them. I am surely going to destroy both them and the earth. So make yourself an ark of cypress wood; make rooms in it and coat it with pitch inside and out.” (Genesis 6: 13-14 NIV)

Bear in mind that this boat (ark) was no small project.  It needed to be large enough to accommodate Noah, his wife, their three sons and their wives, plus a representation of every breed of animal. Robert Pollock, a retired minister has estimated that “it would take nearly one and a half football fields to equal the Ark’s length.“(approx 138 metres) . It was also to be three stories high (about 14 metres), and approximately 23 metres wide.

We don’t know whether Noah and his family had ever experienced rain before. Numerous rivers and regular dew provided sufficient water for their needs. However, when Noah was warned, “I’m about to flood the earth with water and destroy every living thing that breathes” (Genesis 6:17 ISV) this must have been a mind-blowing concept for his whole family to take in.

It’s also worth considering that many of the people whom God was planning to wipe off the face of the earth would have been relatives of Noah and his wife.

Let’s give this more thought

We read of how Noah and his sons started to build a sea-going vessel in the middle of a desert. Can you imagine the ridicule they must have received from their neighbours?

According to Biblical research, it is estimated that it took 40 – 50 years at least to build that ark. (Robert Gibbs – 47 years Research and Application of Theocratic principles)

Another source claims, “The construction of the actual ark took Noah and his family about 76 years to build according to scripture.” (Dennis Cybulski – Bible student of 47 years)

All told this was a lengthy and extremely difficult project.

Abraham was also faithful to God

Another hero worth looking at is Abraham. His active faith is demonstrated by the way he was prepared to leave his home and extended family and travel to a foreign land . . . all because God said so. (Hebrews 11:8)

His faith is also seen in the way he believed God when he was told He was going to send him a son. Despite both he and Sarah, his wife, being elderly, God said they would have a son. So he believed it. (Hebrews 11:11,12)

The supreme test of Abraham’s faith came when he was told to sacrifice his son to God. (Hebrews 11:17)

Abraham was obedient because he believed God. And somehow, God would work it out.

God had promised him that through this son he, Abraham, would become the father of many nations.

Living a life that is faithful to God

Living a life of faith is open to all who have put their trust in Jesus. It involves us living with the faith that God is true to His Word.

God does not suggest we turn our backs on the world. To the contrary, He encourages us to obey governments, to consider our neighbours, to respect one another. But He does tell us to have a right outlook on the things of the world.

“those who are righteous will live because they are faithful to God.” Habakkuk 2:4

As we step out in faith we are able to live out the words of scripture in our day to day lives.

If God has said it—we can believe it.

“Everything in the Scriptures is God’s Word. All of it is useful for teaching and helping people and for correcting them and showing them how to live.” (2 Timothy 3:16 CEV)