Many Old Testament prophecies pointed to the coming of our Lord into this world as the Messiah. Recently we celebrated that first coming. Many further prophecies point to the fact that at some time in the not too distant future Jesus Christ is coming again to this earth. 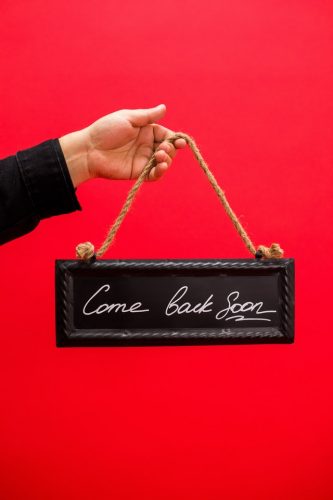 Jesus second coming will make all things new. He will set up His millennial kingdom here on earth.

‘God comes from Teman, and the Holy One from Mount Paran. Selah. His majesty covers the heavens, and His praise fills the earth.’

Habakkuk 3:3 brings about a change in Habakkuk’s prophecy from request to praise. He praises God for His power in the exodus where He rescued the Jewish people.

As we move on into this chapter we will see that verses 3-15 contain two poems (verses 3-7 and 8-15), recounting God’s deliverance of His people in the days of Moses and the Exodus.

With this in mind, the prophet is obviously using poetic language when he speaks of Teman and Mt Paran.

But first, let’s see where Teman and Mount Paran were.

If you research these two (as I did) you will find many different opinions. However, the main significance of these locations is that they refer to the visible display of God’s glory, e.g. when He gave the law on Mt. Sinai. (Deut 33:2) Habakkuk is drawing attention to the time when God released His people from slavery and brought them to the promised land.

According to Wikipedia, Teman and Paran were territories through which the Israelites passed on their trip toward the Promised Land. As they proceeded on their journey, the glory of God may have been witnessed in this mountainous area as He led His people past Teman in Edom en route to the Promised Land.

“Paran” can be a synonym for Mt. Sinai or another place in the desert where God spoke to Moses (Deut 33:2).

So Habakkuk is referring to the times when God’s majesty and glory covered the heavens.

In chapter 2, we saw how God answered the prayer of Habakkuk by explaining the punishment He would bring upon the Jews, via the Babylonians. This freaked the prophet out, who preferred to focus on the time when God’s blessings were upon the Jews.

Here in this verse, Habakkuk speaks of God’s coming to the rescue of the Jews in Judah. He was looking forward to a time in the future when God’s majesty would again cover the heavens.

In the Literal Translation Version of our text verse, as shown above, we have the word ‘majesty’. Other versions use ‘glory’, ‘brightness’, and ‘splendour’. Let’s think of other occasions when God showed mankind His glory and majesty.

“Suddenly the sacred tent was covered by a thick cloud and filled with the glory of the LORD.” (Exodus 40:34 CEV) (Although not a biblical word this is spoken of as God’s Shekinah glory).

It’s that same majestic, glorious, brightness, the splendour of God’s presence that Habakkuk is trying to convey.

When Jesus was here on earth He promised His followers that He would return. Verses about His second coming include:

“The coming of the Son of Man will be like lightning that can be seen from east to west.” (Matthew 24:27 CEV)

“All nations on earth will weep when they see the Son of Man coming on the clouds of heaven with power and great glory.” (Matthew 24:30b CEV)

In his first letter to the Thessalonians, the Apostle Paul describes Jesus’s second coming …

“With a loud command and with the shout of the chief angel and a blast of God’s trumpet, the Lord will return from heaven. Then those who had faith in Christ before they died will be raised to life. Next, all of us who are still alive will be taken up into the clouds together with them to meet the Lord in the sky.” ( 1 Thessalonians 4:16,17a CEV)

Jesus’s return will be a similar glorious, majestic appearing as that of God coming from Teman.

No one knows when this will take place. It is therefore important that we are ready for that glorious event.

God’s coming from Teman and Mt Paran would invoke praise throughout the known world.

Similarly, Jesus second coming will be the reason for great praise amongst all believers.

Jesus’ first appearance on earth was heralded by a heavenly choir singing praises to God.

When Jesus entered Jerusalem on that first Palm Sunday it was an occasion of great praise and rejoicing.

For those of us who have welcomed Jesus as our Saviour and Lord, it will be an experience of relief that all the trials and tribulations of life have finally come to an end as we go to be with the Lord.  And it will be a time of joyous praise for our glorious salvation.

But for the unsaved, it will be the most fearful thing in all the world. Like the judgement, the Babylonians would face, Christ’s second coming brings about God’s judgement upon all who have rejected His gift of salvation through His Son.

As God promised to rescue the people of Judah in Habakkuk’s day, He continually seeks to rescue us from the power of Satan and sin.

“…He did it, rescued us from certain doom. And he’ll do it again, rescuing us as many times as we need rescuing.” (2 Corinthians 1:10 MSG)

While we anticipate the glorious return of Christ, we have a job to do. Until we either go to be with Him through the gateway of earthly death, or if He returns first, we need to be His witnesses.

You are alive because God still has work for you to do. Perhaps the Lord is preparing you for some special task to accomplish. Spend a couple of minutes listening, and joining in, this old gospel song that tells of His second coming.