Today, we are going to look at an Old Testament passage, which shows us the effect of a deep Godly compassion for fellow believers. We will follow these thoughts through next week in our next encounter with Jesus

Read the following passage and see what it has to tell us about love. 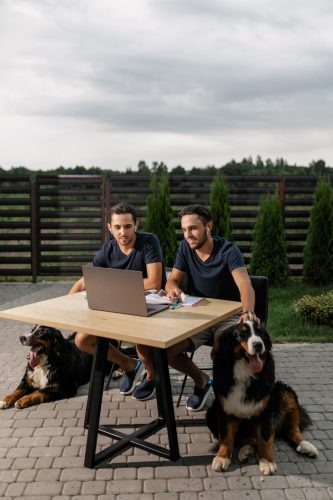 Second Samuel chapter one is a record of a song David composed upon the death of King Saul and his son Jonathan in battle. David sang a song in memory of Saul and Jonathan, and he ordered his men to teach the song to everyone in Judah (2 Samuel 1:18).

To better understand this sad song we need a bit of background.

Settled in the Promised Land, for some time the children of Israel were governed by a series of judges. However, the nations around them were ruled by kings so they in effect went out on strike demanding that a king be appointed.

Samuel, who was both priest and judge, reluctantly took the matter to the Lord in prayer. The LORD answered: Samuel, do everything they want you to do. I am really the one they have rejected as their king (1 Samuel 8:7 CEV).

Therefore, God revealed to Samuel that he was to anoint Saul son of Kish as Israel’s first king.

Initially, Saul was a godly king until, out of fear, he took upon himself the role of priest. Sometime later he disobeyed God’s instruction to “Go and attack the Amalekites! Destroy them and all their possessions ” (1 Samuel 15:3 CEV). Instead, Saul and his army let [King] Agag live, and they also spared the best sheep and cattle (Ibid. Verse 9).

Samuel informed King Saul, You refused to do what God told you, so God has decided that you can’t be king” (Ibid. Verse 23). The Lord chose David as king, although Saul remained in office for a while.

You are probably aware of the brotherly love that existed between David and Jonathan.  We read, When David came back from fighting Goliath (1 Samuel 17:57), David and Saul’s son Jonathan became best friends (1 Samuel 18:1) and David became one of Saul’s officers ( Ibid. Verse 5).

Jonathan liked David so much that they promised to always be loyal friends. As symbols of his love, Jonathan took off the robe that he was wearing and gave it to David. He also gave him his military clothes, his sword, his bow and arrows, and his belt. (1 Samuel 18:3,4 CEV).

From that time forward, Saul made numerous attempts to assassinate, David forcing him to go into exile. Scripture records how on two occasions David could have taken Saul’s life but his attitude was: Saul was appointed by God to be king and I have no right to dethrone him.

In light of the fact of David’s anointing as Saul’s successor, this is amazing.

Given this background, we can understand David’s sense of loss over Jonathan’s death. “Jonathan, I miss you most! I loved you like a brother. You were truly loyal to me, more faithful than a wife to her husband” (2 Samuel 1:26). But for David to include in this tribute song the words, It was easy to love Saul…(Ibid, Verse 23 CEV) to me is truly amazing.

Two important factors are revealed in this passage:

How sincere and faithful is your love for your fellow believers?

How ready are you to forgive when others deliberately or unconsciously cause you deep heartache?

THE FRUITS OF BROTHERLY LOVE

We may never know the effect our love and friendship can have on someone else’s life. Click To Tweet

Many have come into a relationship with Jesus simply because a Christian showed them friendship and love, perhaps even when they didn’t feel it was deserved.

Jesus said This is how everyone will recognize that you are my disciples–when they see the love you have for each other.”( John 13:35 Msg)

Because we love Jesus we ought to be examples of brotherly, forgiving, love.

“Love changes everything. Love will never let you be the same.”

In closing pray the following prayer, Lord what do you want me to do to demonstrate brotherly love for my fellow believers?