Image by Gerd Altmann from Pixabay

‘I am Habakkuk the prophet. And this is the message that the LORD gave me. Our LORD, how long must I beg for your help before you listen? How long before you save us from all this violence? Why do you make me watch such terrible injustice? Why do you allow violence, lawlessness, crime, and cruelty to spread everywhere? Laws cannot be enforced; justice is always the loser; criminals crowd out honest people and twist the laws around.’

END_OF_DOCUMENT_TOKEN_TO_BE_REPLACED

‘This is a vision the prophet Habakkuk received from the LORD. Here is what Habakkuk said.

“LORD, how long do I have to call out for help?

Why don’t you listen to me?

How long must I keep telling you that things are terrible?

Why don’t you save us?

Why do you make me watch while people treat others so unfairly?

Why do you put up with the wrong things they are doing?

I have to look at death.

People are harming others. They are arguing and fighting all the time.”‘

For Habakkuk the future looked ominous, he couldn’t understand why God was not intervening. 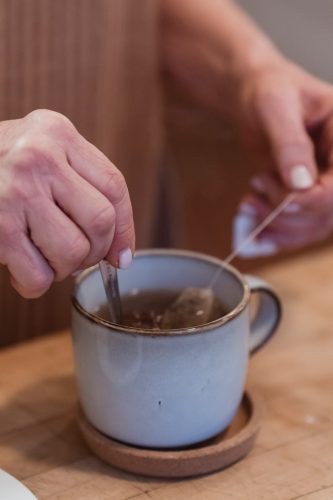 Pastor Chip Ingram is on record as saying, ‘Christians are like teabags. You never know what kind you are until you are in hot water.’ (Pastor Ralph Browne “Chip” Ingram Il.)

A little girl was taking a long train journey. As she looked out the window, ahead she saw a frightening stretch of water. How would the train ever get them across to the other side? She squeezed her eyes shut in terror as the train wheels thundered closer to the river.

When she next looked, she discovered they were on the other side. A few minutes later, to her horror, she saw another rushing stretch of water ahead. Not again!

Once more, she squeezed her eyes shut. Once more, when she opened her eyes, the train had crossed to the other side.

Throughout the course of the day, her train crossed a number of rivers. Each time she saw the water ahead she felt just a little less anxious, but as long as she closed her eyes, the train made it safely to the other side. She couldn’t understand how they would be able to cross the river.

Eventually, she became brave. Nervously, she kept her eyes open as they drew near to the next river. She had to see how the train managed this amazing feat.

Suddenly, a large metal bridge appeared and the train roared across without a break in its speed. This happened several times.

Finally, the child leaned back with a sigh of relief and confidence: “Somebody has put bridges for us all the way.” (Adapted from American Messenger,1922) 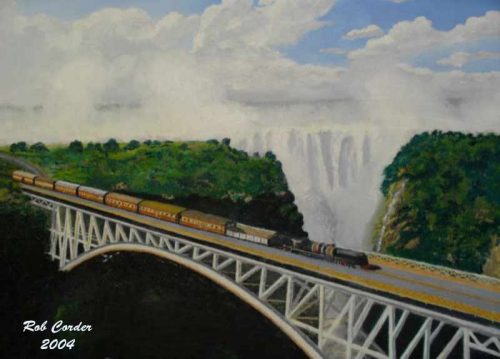 Now is when you need to close your eyes—not in terror, but in prayer. You have no idea how your train is going to cross this terrible obstacle, but place your faith in the One who has built a bridge for you to cross over.

The crisis may have taken you by surprise. Let’s face it. Not one person saw what was looming ahead in 2020! But God did. He is never taken by surprise. He knows what’s coming, and He’s already built a bridge. We just need to trust.

From the questions Habakkuk was firing at God, we can see he was confused and frustrated. He couldn’t understand God’s seeming failure to take action in the face of all the violence and destruction directed against the Jews. There didn’t seem to be any way the nation could survive this impossible situation. They had a river to cross – but no bridge.

Haven’t we asked similar questions during the height of the Coronavirus pandemic?

Although the prophet was confused and panicked, God was ahead of him. He had already made a plan. But Habakkuk had to wait for God to show him. We’ll learn more about those plans in future sessions. In the meantime, let’s hold onto this truth.

We may be aware of raging rivers ahead of us. But God has a plan. He’s already built bridges for us—we have to sit tight and wait for that plan.

What bridge has God created for you in your current situation? Read Pastor Rob's blog. Please RT. Click To Tweet

Looking for a bridge

Finish our time together as you quietly listen to this beautiful song by Don Moen. If you know the melody, join in and sing along. Click on the link below:

God will make a way! 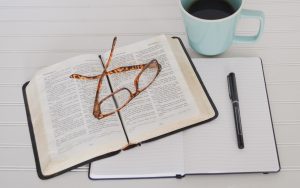 If you haven’t yet read the background to the prophesy, please do. It will benefit you throughout our time together.

“I am Habakkuk the prophet. And this is the message that the LORD gave me. Our LORD, how long must I beg for your help before you listen? How long before you save us from all this violence? Why do you make me watch such terrible injustice? Why do you allow violence, lawlessness, crime, and cruelty to spread everywhere? ”  CEV.

The people of Judah had failed to obey God’s laws. Habakkuk did not understand why God did nothing to make them fall in line. (Habakkuk 1:2-4.) He was confused and frustrated because of God’s seeming failure to take action in the face of all the evil practices and idolatry the Jews were involved in. God, how could you allow this to happen? END_OF_DOCUMENT_TOKEN_TO_BE_REPLACED 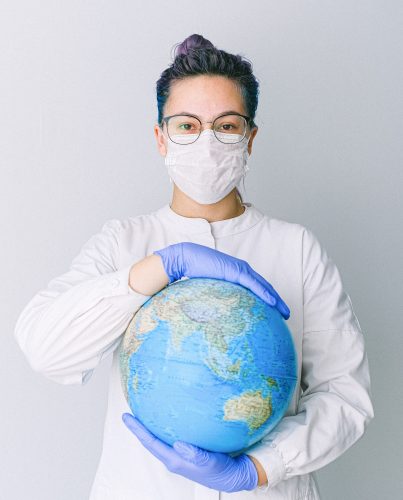 Photo by Anna Shvets from Pexels

Before starting on this series, have you read “the background”?

‘The prophecy that Habakkuk the prophet received. How long, LORD, must I call for help, but you do not listen? Or cry out to you, “Violence!” but you do not save?  Why do you make me look at injustice? Why do you tolerate wrongdoing? Destruction and violence are before me; there is strife, and conflict abounds.’