“I, the LORD, refuse to accept anyone who is proud. Only those who live by faith are acceptable to me.” 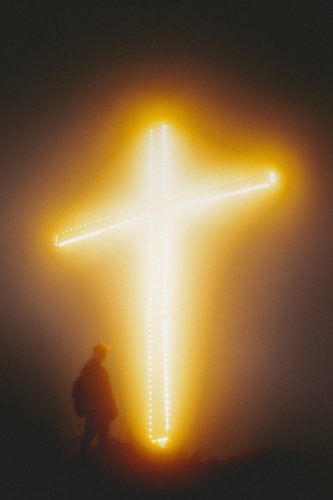 Photo by Cameron Yartz from Pexels

Many years ago, I watched an episode in the TV series, “Touched by an angel.”

For those of you who have not watched this series, a team of angels comprising Tess, Monica, Andrew and sometimes Raphael, feature in the stories. In the film which I’m referring to, as I remember the story, this team of four were ministering to a group of girls at a camp. Each of the girls at camp was there because she was an AIDS victim.

Within the group, there were four close friends who couldn’t take the uncertainty of not knowing how much longer they had to live. So they entered into a pact to die together rather than await their deaths as a result of the disease.

On the night of their planned suicide, Raphael sang a lullaby. It turned out to be one familiar to one of the girls. Her mother used to sing it to her when she was a child. That girl decided at that point that she did not want to commit suicide.

Monica and Andrew then turned to the other three. They tried to get them to choose life rather than death.

Eventually, Monica drew a line between the angels and the girl that had drawn close to them, and the other three remaining girls. She pointed out that to remain on their side of the line meant death, but that if they stepped over the line to the angel’s side, they would live.

To remain on their side of the line would entail taking things into their own hands, out of line with God’s appointed time for their death. They would deprive themselves of the future that God had mapped out for them.

One by one the three girls stepped over the line and chose God’s will for their future.

The need to live by faith

In Habakkuk 2:4, the Lord makes it clear to Habakkuk. Only those who live by faith are acceptable to Him.

It is a hard lesson to understand, but if we do not put our faith in God, if we choose to stand on the other side of His dividing line, we are choosing death. Eternal death.

All the inhabitants of planet earth are divided into two groups. We are either standing on the side that follows the ways of the world, and reject God’s gift of salvation through His Son Jesus Christ. Or we are on the side of God’s blessing, having put our faith in Jesus with the promise of eternal life.

Like those girls in the story, we ae given the opportunity to choose eternal life while we are still alive. Once we die, it is too late.

We can base the meaning of life on what the politicians, poets, philosophers, and scientists promise us. Or we can base life on what God tells us in His Word, the need to live by faith. These are the only two choices open to us.

God tells us, “..the righteous will live by his faith.” Not “may live”; “can live” or even “should live” but “will live.”
Our relationship with God is based on faith. This does not mean we ignore what the scientists and governments are telling us. But ultimately, our faith is in He who controls life and death.

We enjoy saving faith by putting our trust in Jesus as our Saviour and Lord.

Faith is simply taking God at His Word and relying on it. But it involves believing what God says, and acting upon it, simply because He said it.

What really matters is not what the world has to offer, but living out our lives according to the principles that God has outlined for us in His Word.

Stepping out in faith

The process is as simple as ABC:

ACCEPT that you are a sinner – “All of us have sinned and fallen short of God’s glory.” (Romans 3:23 CEV)

BELIEVE that God sent His Son into this world to rescue you from the punishment of sin – “For the wages of sin is death, but the gift of God is eternal life in Christ Jesus our Lord.” (Romans 6:23 NIV)  Jesus made this astounding claim – “I am the way, the truth, and the life! Without me, no one can go to the Father.” (John 14:6 CEV)

CONFESS  that your life has not been committed to Jesus Christ as your Saviour and Lord. Ask for His forgiveness: “…if we confess our sins to God, he can always be trusted to forgive us and take our sins away.” (1 John 1:9 CEV)

DEDICATE the rest of your life to God as your Heavenly Father, Jesus Christ as your Saviour and Lord and to the Holy Spirit as your teacher, guide and the one who gives you power over our enemy the devil. Jesus said, “Anyone who hears my word and believes him who sent me has eternal life. He will not be found guilty. He has crossed over from death to life.” (John 5:24 NIrV)

If you’d like to chat about crossing the dividing line, I’d love to write to you and pray with you. Email me on this address, and I’ll get back to you.

Let the wonderful kindness and the understanding that come from our Lord and Savior Jesus Christ help you to keep on growing. (2 Peter 3:18 CEV)