In this week’s  verse the prophet speaks of ‘your anointed‘.

How much do you know about the process and purpose of anointing as described in the Bible? 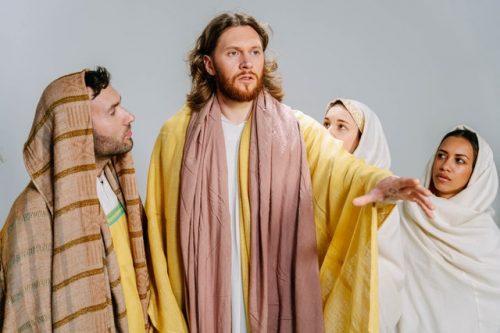 Photo by Ivan Samkov from Pexels

In addition to the 81 references to ‘anointed’, the word ‘anoint’ appears 27 times in the Bible.

The dictionary defines ‘anoint’ as (1) ‘smear with oil or ointment or (2) ‘consecrate with oil.’

So I thought today would be a good idea to look a bit deeper at what the Bible has to say about anointing.

When Moses completed the Tabernacle according to God’s blueprints, God then gave this instruction.

“Make these [a selection of spices and olive oil] into a sacred anointing oil, a fragrant blend, the work of a perfumer. It will be the sacred anointing oil. Then use it to anoint the tent of meeting, the ark of the covenant law,  the table and all its articles, the lampstand and its accessories, the altar of incense,  the altar of burnt offering and all its utensils, and the basin with its stand.” (Exodus 30:25-28)

Then Moses was instructed to, “Anoint Aaron and his sons and consecrate them so they may serve me as priests.” (Exodus 30:30)

During the time of the Judges, there was an outcry from the people. They demanded that the Judge and Priest, Samuel, allow them to be ruled by a king like many of the neighbouring nations.

Samuel was strongly opposed to the idea. But God said:

“About this time tomorrow I will send you a man [Saul] from the land of Benjamin. Anoint him ruler over my people Israel; he will deliver them from the hand of the Philistines. I have looked on my people, for their cry has reached me.” (1 Samuel 9:16)

Initially, King Saul appeared to be a humble man. But his power and authority went to his head and he blatantly disobeyed a clear instruction from God. In response, the Lord told Samuel,

“I regret that I have made Saul king because he has turned away from me and has not carried out my instructions.” ( 1 Samuel 15:11)

“Invite Jesse to the sacrifice, and I will show you what to do. You are to anoint for me the one I indicate.”  (1 Samuel 16:3) As a result, Samuel ‘anointed’ David the youngest of Jesse’s eight sons as Saul’s successor.

“…anoint Hazael king over Aram. Also, anoint Jehu son of Nimshi king over Israel, and anoint Elisha son of Shaphat from Abel Meholah to succeed you as a prophet.”  (1 Kings 19:15b,16)

All these articles and persons were specifically anointed to consecrate them to the service of the Lord.

In some denominations, today, articles and specific people are anointed for the same purpose—that they might be set aside for the Lord’s work.

SALVATION THROUGH THE ANOINTED

In view of the previous references to the Exodus in Habakkuk’s prophecy, it is possible that ‘salvation of your anointed’ refers to Moses and the people of Israel, who had, as God’s anointed people, achieved victory over Pharaoh and his Egyptian army at the Red Sea.

It is an interesting fact that both Messiah and Christ mean anointed. Messiah is a title that we get from Hebrew while Christ is the Greek equivalent. The Anointed One, therefore, is Christ. He comes as Savior.

‘You crushed the head out of the house of the wicked”, which appears in the remainder of our text verse (not quoted) would then be a reference to Satan and his principalities and powers defeated by Christ on the cross.

Others see this as a foreshadowing of the future, looking to the final judgement when the Antichrist, the man of sin, who is at the head of all who are opposed to Christ, along with his following will be utterly consumed.

Praise God we also know there will come a time when Jesus will reign as King of kings and Lord of lords.

“Promise to obey completely and fully all that you have been told until our Lord Jesus Christ returns. The glorious God is the only Ruler, the King of kings and Lord of lords. At the time that God has already decided, he will send Jesus Christ back again.”(1 Timothy 6:14,15 CEV)

Here’s a last interesting verse that speaks about ‘anoint’.“Is anyone among you sick? Let them call the elders of the church to pray over them and anoint them with oil in the name of the Lord.“(James 5:14)

Church leaders have been given the specific responsibility of praying for the sick and anointing them for healing.

Peter reminds us that all Christians are members of a priesthood.

“But you are a chosen people, a royal priesthood, a holy nation, God’s special possession, that you may declare the praises of him who called you out of darkness into his wonderful light.” (1 Peter 2:9

And the book of Revelation endorses this commissioning.

The old testament priests were anointed as a means to consecrate them to the Lord’s service. So too, you and I who love Jesus are His priests anointed by the Holy Spirit and set apart to live our lives to His glory.

Sit and relax for a moment as you listen to the words of this beautiful worshipful song.

If you haven’t yet read the background to the prophecy, please do. It will benefit you throughout our time together.