Have you noticed how mountains are often featured in scripture?

Our passage today is one of three in which Jesus gave his disciples the assurance that they would be able to move mountains.

Imagine the chaos we would cause if we were to command Cape Town’s famous Table Mountain with its cable car,  restaurant, and everything else, to move into Table Bay. 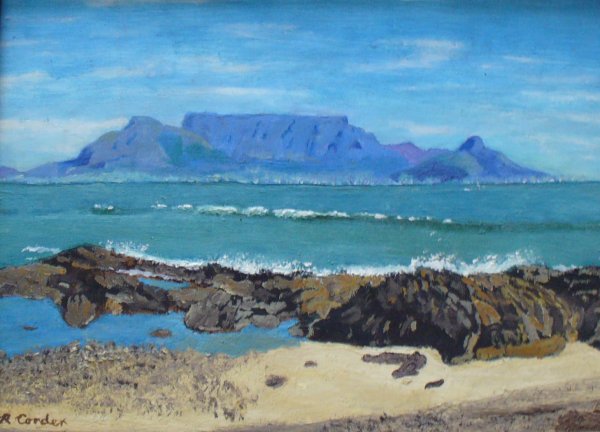 To celebrate his defeat of the Parthians, King Herod the Great built a mountain palace called Herodium. Before he built it, there was no mountain.

How can you build a mountaintop palace without a mountain?

Simple, Herod had a mountain built. As the article Herodium, indicates, he took earth from another site to create his very own personal mountain palace/fort.

Jesus doesn’t call His disciples to shovel dirt around as Herod seems to have done. He was obviously not referring to moving mountains physically.

THE MOUNTAIN OF TRADITION

We find Jesus’ promise that if His followers have enough faith they will be able to move mountains in three verses from the gospels (Matthew 17:20;  21:21 and Mark 11:23). However we’re going to concentrate on the incident recorded in Matthew 17.

Briefly Matthew 21:21 and Mark 11;23 both relate to Jesus cursing of the unproductive fig tree. The People’s New Testament states, ’the cursing of the fig tree was a parable in action, illustrating how the fruitless Jewish nation should wither away. It had leaves, but no fruit.’

The Jewish religion with its temple sacrificial system was already in a state of decline. “This mountain,”- the temple, all that it symbolized with its collection of sacred furnishings would soon be destroyed. This happened as Jesus’ predicted in 70 AD.

But surely there is more to Jesus’ words than a declaration that the mountain of Jewish worship was about to be moved.

In our passage from Matthew 17 we have a different scenario to the other two references—Jesus was transfigured, probably on Mt Hermon, before Peter and the brothers, James and John. Coming down the mountain, Jesus urged them to secrecy until after His resurrection.

At the bottom of the mountain, they were met by a crowd of people. As they approached, a man fell to his knees begging, “Sir, have mercy on my son! He is an epileptic and has such terrible attacks that he often falls in the fire or into water. I brought him to your disciples, but they could not heal him.” (Matthew 17:15,16  GNB)

Jesus ordered a demon out of the boy and he was healed. When the disciples had Jesus to themselves, they asked, “Why couldn’t we cast it out?”

Jesus response was, “Because you have so little faith. “Truly I tell you, if you have faith as small as a mustard seed, you can say to this mountain, ‘Move from here to there,’ and it will move

On this occasion Jesus’ words followed on the disciples’ inability to cast out a demon from that young boy. Yet earlier on in Jesus’ ministry the disciples had been able to cast out demons. (Luke 10:17) Why not now?

Taking a step in faith and opening one’s life to Jesus for the first time is a truly wonderful experience. But being a follower of Jesus is by no means easy. We all face mountainous problems and difficulties.

Contrary to our human nature,

In all three passages Jesus instructed His followers to speak to the mountain.

In 2 Corinthians 4:13 Paul wrote “The scripture says, “I spoke because I believed.” (GNB) In the same spirit of faith we also speak because we believe.

Jesus told the disciples to have faith and “say to this mountain”.  In a nutshell believe and speak to the mountain.

This concept has been grossly abused by the ‘name it, claim it’ movement. But we must take care that, because some abuse it, we don’t set aside an important biblical concept—believe and speak to those mountainous problems and needs.

Under Christ’s umbrella, we do have authority to move certain mountains –

Whether we have the faith to tell a mountain to move or whether we actually ask God to move it is not the issue.

The same Jesus who told His disciples to say to this mountain ‘Move from here to there’ also taught them to ask for what they needed in prayer. (John 15:7)

In Mark’s record of Jesus’ response to the disciple’s question “Why couldn’t we cast it out?” he adds “This kind can come out only by prayer.”(Mark 9:29)

Our spoken Christ-centered prayer has the power to remove the mountains in our life. Click To Tweet

What if despite fervent believing prayer and speaking boldly to that the mountain, it won’t move?

I think Beth Moore has the answer. So…if you pray that God will move a mountain and He doesn’t, or you have the faith to tell the mountain to move and it won’t, assume Christ wants you to climb it instead and see Him transfigured. (Believing God – Beth Moore)

Peter James and John went up with Jesus to a higher level and saw Jesus transfigured before them. Who knows what Jesus has for us if we are prepared to respond to His call to “Come up here” to a higher level of commitment to Him.

In closing please make this your sincere prayer: Christ Jesus, you spoke boldly to your disciples with the promise, If you have faith as small as a mustard seed, you can say to this mountain, ‘Move from here to there’ and it will move. Nothing will be impossible for you. (Matthew 17:20) Lord, develop in me the kind of faith that moves mountains by the power of your Holy Spirit.