Does worship have a cost?

For King David,  true worship had a cost.

King David was instructed by the prophet Gad to “Go to the threshing place that belongs to Araunah and build an altar there for the Lord.” (2 Samuel 24:18 CEV)

David explained to Araunah that by building an altar at his threshing place, God would bring to an end a fatal epidemic.

I wonder what God is telling us about the COVID-19 pandemic and the monkeypox outbreak?

Araunah generously offered to give David his threshing place, along with the oxen and the wood for the sacrifice.

But David responded, “No, I insist on paying for it. I will not sacrifice to the Lord my God burnt offerings that cost me nothing.” (2 Samuel 24:24 NIV) 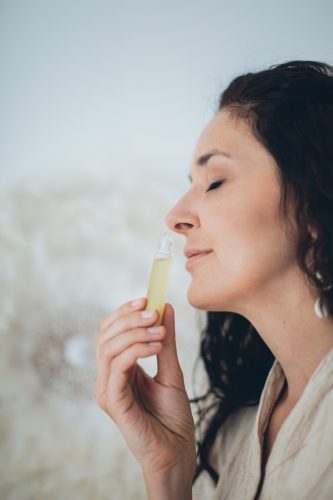 In our passage, we read that for Jesus, Calvary was drawing near. At a special sitting of the Jewish Sanhedrin the religious leaders “ …plotted to take [Jesus’s] life.” ( John 11:53) As the Passover Feast drew near Jews from all over the Roman Empire flocked to Jerusalem. Many asked, “What do you think? Isn’t He coming to the feast at all? ”  (John 11:56b NIV)

The Jewish leaders had given instructions that if anyone knew where Jesus was they should report it. (John 11:57)

Therefore, Jesus’s life was in grave danger. Moreover, a few days before the Feast of Passover Jesus was to attend a meal arranged in His honor in Bethany of all places!(Matthew 26:2; Mark 14:1). Bethany was only just over 3 km from Jerusalem.

Furthermore, His special friends, Martha and Mary were involved. Martha in her usual role of serving the meal. Their brother Lazarus, whom Jesus had raised from the dead, was the focus of much attention.

Mary, thankful for Jesus having restored her brother to life, became distressed that so much attention was being given to her brother instead of to Jesus. How could she focus attention on Jesus?

She went home and found an alabaster jar containing liquid nard. (Matthew 26:7; Mark 14:3) Jar in hand she returned to Simon’s home, where she broke the jar allowing the liquid to flow over Jesus’s head, down his beard, and onto his garments. (Matthew 26:7) She also poured some of it onto his feet. Then she wiped his feet with her long flowing hair. (John 12:3)

What did this lavish demonstration of gratitude cost her?

The amount that Mary used was worth “more than a year’s wages.” (Mark 14:5 NIV – Open Bible footnote) A small fortune in anyone’s money.

We are so quick to condemn extravagance.

A general attitude in church circles often is “Can it be done for less money? A colleague once mentioned the reaction of a senior minister to a congregation’s desire to build a 1000-seater church. The senior minister’s reaction was “None of our churches can seat that many.”  Yet the proposed site for that church was in an area of tremendous population growth.

Think of your own church building. Does it have a beautiful new piano? Or is it someone’s cast off when they bought a new one?

Sacrifice is only that which is given after the heart has given all that it can spare.” Source unknown Click To Tweet

But I’m not only talking about money. The cost to Mary was more than just money.

She had treasured that expensive perfume for two possible future purposes:

Both Matthew and Mark quote Jesus’s words, “She poured perfume on my body beforehand to prepare for my burial.” (Matthew 26:12, Mark 14:8)  So it would appear that this particular perfume was often used in burials.

Throughout history, women have given a great deal of attention to their hair.  Paul wrote that a woman’s hair is her glory. “ …if a woman has long hair, it is her glory? For long hair is given to her as a covering.” (1 Corinthians 11:15) Yet, Mary used her hair to dry Jesus’ feet! – She laid aside her feminine pride.

Fear of embarrassment plagues us all. We don’t like to be the center of the amusement or the scorn of a group of people. Mary may have been concerned about ‘what will people think?’ What will the people think? is often a deterrent to our launching out in faith.

I’m sure that Mary was fearful as she returned to Simon’s home with her alabaster jar of perfume. “Am I doing the right thing? How will Simon’s guests react? But she overcame her fear of embarrassment believing that Jesus would accept her love gift.

Nothing can happen but what God ordains; and therefore why should we fear? - Charles Haddon Spurgeon Click To Tweet

Her actions electrified the atmosphere in that home. There were mixed reactions.

Jesus related Mary’s costly gift to the price that He would soon pay for you and me. “It was intended that she should save this perfume for the day of my burial.” (Matthew 26:12)

John tells us “The house was filled with the fragrance of the perfume.” (John 12:3 CEV)

For some time after they had left Simon’s home people who heard of the incident would have been able to know, “He/she was in the presence of Jesus.”

Mary’s gift of gratitude for bringing her brother back to life was a Christ-centered, sacrificial, uninhibited worship of our Lord. And it spilled over.

Surely we have much more to be grateful for –

When Moses returned from Mt Sinai his face was aglow from having been in God’s presence.

Just a thought. When did people last look at you and realise, “(S)he had been in the presence of Jesus?

We need to practice offering sacrificial worship, then the fragrance of Jesus’ presence will touch our lives and others will realize that we have spent time in His presence.

Why not end this session by joining in this beautiful song of worship?