On the second Sunday of Advent, the Peace candle is lit. Some traditions call it the Faith candle. Like the first candle, it is also purple and is often referred to as the ‘Bethlehem Candle’. 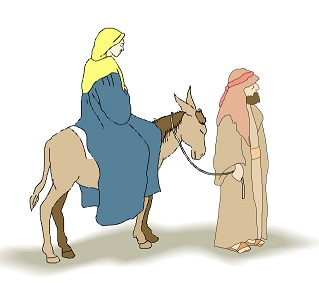 Joseph, husband of Mary and earthly father of Jesus Christ appears only briefly in Scripture. Yet during his brief appearance he teaches us some important lessons about being a true follower of Christ.

Try to imagine what it must have been like to discover that the woman you to are intending to marry has become pregnant. And she claims that she had become pregnant by the Holy Spirit.

Though Joseph did find this story difficult to accept, the power of his love for Mary overcame the confusion in his mind. So out of love he decided to quietly call off the wedding. (Matthew 1:19 CEV)

God came to Mary’s rescue and sent an angel to confirm that Mary’s story was true. Only then did Joseph begin to experience peace of mind.

Truly our hearts will never be healthy and at peace unless we learn to accept, receive and abide in God’s unfailing love through total obedience. Click To Tweet

In several places we read that Mary wondered at the things that were happening. (Luke 1:29; 2:19) Joseph must also have wondered and had a number of ‘Why?’ questions.

Why didn’t the Holy Spirit impregnate Mary after our marriage?

Legally Joseph could have had Mary stoned to death for being unfaithful to her betrothal vow. Instead he obeyed the angel’s instruction to Go ahead and marry her.

Eventually, when the dust had settled, a government decree required them to make a long tedious journey at the height of Mary’s pregnancy.

Why Lord, Why did Caesar Augustus’ decree have to coincide with the end of Mary’s pregnancy?

Joseph and Mary made that five-day journey from Nazareth to Bethlehem only to discover that all available accommodation had been taken up because of the census. They ended up in a stable amongst the domestic animals.

It was probably a cold, damp, dark, dirty and unhealthy cave, which served as a stable for the innkeeper, as well as for his guest’s donkeys. A hollowed out feeding trough or manger, was the only available cradle for the newborn child.

Why Bethlehem? And a stable of all places ?

Once the census was over Joseph was able to get more comfortable lodgings in Bethlehem. But their peace of mind was disturbed yet again.

Just short of their infant son’s second birthday they were visited by the Magi from the east with amazing gifts for the one born to be king – gold, frankincense and myrrh.

Their visitors had no sooner departed when Joseph was warned by an angel of Herod’s assassination plot to kill their child and they were forced to flee to Egypt until after Herod’s death.

Why was Herod’s scheme not thwarted before he could implement it?

Though Joseph’s involvement in the nativity story was a brief one, he is a model to us of obedience.

How often do we pay any attention to our dreams?

Jesus said, “If anyone loves me, he will obey my word, and my Father will love him, and we will come to him and take up residence with him. (John 14:23 NET)

Joseph’s love for Mary and obedience to the will of God played a major role in the Christmas story.

In closing I invite you to sing along with the carol ‘Oh little town of Bethlehem.”