The famous last words of some of the world’s great people are an inspiration to us: –

Jesus’s life and ministry were rapidly drawing to a close. For a third time, He warned his disciples of his impending death (Matthew 20:17-19). With time running short, what important last words did Jesus have for His disciples?

During those last few days, Jesus told a series of five parables.  Our reading covers one of them. 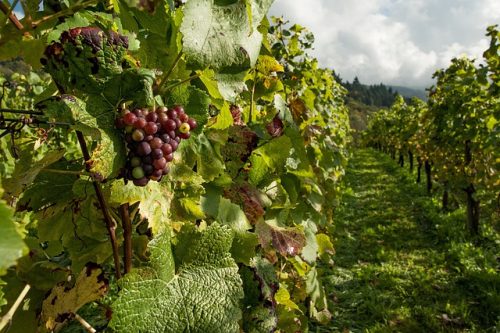 Image by Pexels from Pixabay

While Jesus was busy teaching in the temple court, “the chief priests and the elders of the people challenged Him, `By what authority are you doing these things and who gave this authority?'”

In Jesus’s day as in ours, people looked for an outward sign of authority—education, title, position, and connections. But Jesus’s authority came from who He was, not from any outward superficial trappings.

Jesus turned the tables on the Pharisees by asking a seemingly unrelated question, which exposed their real motives (Matthew 21:25). Whichever way they chose to answer His question, would put them in a poor light with the crowds, so they answered “We don’t know.”

Jesus saw this as an opportunity to tell another story.

The parable of the Two Sons is a very human story. We all know of children who have responded to instructions in a similar way.

There was a great deal of work to be done in a vineyard, so the owner approached his first son for help. He flatly refused to do the work, but had second thoughts later and got stuck in. Upon being turned down by the first son the man asked his second son, who very politely said, “I will sir,” but went away and forgot about his promise.

“Which of the two sons did what his father wanted?” Jesus asked.

The answer to Jesus’s question may seem perfectly clear to us.  Although the religious leaders answered correctly, this was not the usual attitude amongst the Jews.

A missionary in Israel told this parable and then asked the question, “Who did the will of his father?”  To his great surprise, the crowd unanimously answered, “The man who said he would go and did not.”  When he asked them why, they said, “A day’s work in the vineyard is a little thing, but to say `No’ to your father’s beard is a grievous sin.”

The teaching of Jesus is the exact opposite. He maintained that lip service could never be a substitute for action.

In this story, the first son represented the tax collectors and sinners such as Matthew and Mary Magdalene. Their lives at first indicated a direct refusal to have anything to do with God. Yet when Jesus came, they listened to Him and their lives were transformed.

The second son represented the very people who had questioned Jesus’ authority—the Scribes and the Pharisees.  They professed to serve God and obey His commandments and yet when He sent His Son they didn’t accept His authority.

Jesus was in effect saying to them, “All your lives you have been making a great profession of your love and devotion to God, but your attitude undermines your profession. The people that you brand as sinners have repented and turned back to God and been accepted into His kingdom but you choose to remain outside the Kingdom.”

This parable underlines the saying actions speak louder than words. Neither son’s actions supported their words, but their actions did reveal the extent of their love for their father.

These two sons stand for different kinds of people. The second represents those who say one thing but their lives tell another story.

Open-air preacher Dick Sheppard once said, “the greatest handicap the Church has is the unsatisfactory lives of professing Christians.”

I heard it once said of a person who claimed to be a Christian, “I cannot hear what he says for listening to how he acts.”

The opposite is also true. There are people like the first son, whose actions are better than their  words. They make no claim to being a Christian and yet they live good clean lives.

I once knew a man who was a friendly, clean living, man of integrity. He would have nothing to do with shady deals, but he wasn’t a Christian.

The reaction of neither of the sons was ideal. Both of them caused their father heartache.

The son and daughter who really bring joy to their heavenly father are the ones who willingly hear and gladly obey the instructions He gives.

Amongst Jesus’ last words to His disciples were words of encouragement to be doers of His word. “Not everyone who says to me, `Lord, Lord,’ will enter the kingdom of heaven, but only he who does the will of my Father who is in heaven.”  (Matthew 7:21)

In closing think about, what are you doing to grow the kingdom of God?

The words of this popular hymn remind us that we need to both trust and obey.