Throughout life, we constantly question people and situations.

A lawyer once asked the most important question that one may ask in life. “Teacher, what must I do to have eternal life?”

“Teacher, what must I do to have eternal life?” “Well what do the scriptures teach,” Jesus responded.

He was a lawyer! He had studied God’s law! Therefore he knew the answer.

“The Scriptures say, ‘Love the Lord your God with all your heart, soul, strength, and mind.’ They also say, ‘Love your neighbors as much as you love yourself.’ ”

But, like so many lawyers we read of, he tried to define the meaning of the terms used. “Who are my neighbours?” (Verse 29 CEV)

This second question allowed Jesus to teach an important truth –

So the lawyer, in true lawyerly fashion, wanted to discuss the question. And so Jesus got down to a practical demonstration of the answer. 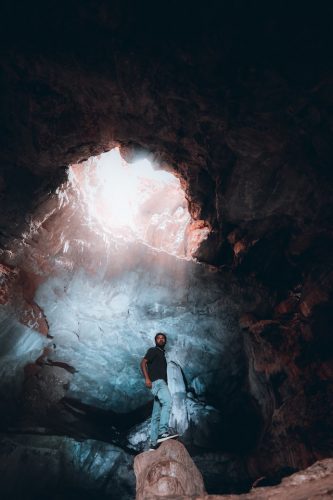 A MAN IN A PIT

A man fell into a pit and discovered he couldn’t climb out.  However, it was alongside a busy road, and several people saw what had happened.

However, Jesus came, bent over, reached down, and pulled the man out of the pit.

THE NEIGHBOUR IN NEED

In our reading, Jesus tells a story of a man in trouble. In His story, Jesus spoke about some uncomfortable realities which incidentally are still problems today—Racial discrimination, Violence, Crime, and Genocide to name a few.

There are several characters in Jesus’ story:-

The Victim—Jesus calls him a neighbour with a need.

All we know about him is that he was traveling from Jerusalem to Jericho. He may have been making a business trip. He might have been on the way to visit family or friends. Perhaps he was returning home after a visit to the temple. We don’t know.

What we do know is that he was mugged. He was the victim of the type of violence of which we are only too aware today. He was robbed of his possessions, beaten up, and left for dead.

Like the man many have needs but, not everyone is the victim of a physical attack. Folk face financial problems, loneliness, heartache, ill health, and a fear of the future, amongst other things.

The Robbers—They saw the victim as someone they could exploit.

Sadly, our world is still full of such people. The media constantly reports on their activities: hijacks, rape, murder, bank heists, muggings, bombings, and the list goes on.

But we can victimize and cause harm in other ways: ridicule, gossip, slander, catty comments, and unkind words. We may never know what harm we do to people with cruel and thoughtless words. We rob them of their self-image, their feelings of worth, and their pride in who they are.

The Priest and the Levite

Jericho was a priestly city. The priests and temple staff (Levites) would have traveled that road frequently. They were “religious” people. One would expect them to come to the poor man’s rescue. But, for the priest and the Levite, the man was a nuisance to be avoided.

They probably had sound reasons for passing by on the other side: –

Jesus’s Jewish audience, including the lawyer, would have been startled when he chose a Samaritan as the hero of the story. Jews had no dealings with Samaritans. The Jews regarded them as the scum of the earth. They called them dogs. A Samaritan was the last person they would expect to help a Jew. Yet Jesus chose him and in the story, he lays aside racial and religious prejudices to help a Jewish victim.

The Samaritan showed his concern in four ways:

This is the way God feels about you and me. When we show others compassion, we treat them the way God treats us.

He didn’t just say something encouraging. As far as we know, he didn’t even offer to pray. He got off his donkey, put his plans on hold, and did all he could to help the injured man.

Words are often not enough. Prayer is certainly all-important. But sometimes we need to set aside our plans, get off our high horses, and make contact with people who are hurting.

At personal risk, he cared for the man

He gave him first aid, bathed the wounds with oil, and bandaged them. Then he went the extra mile. He took the man to the inn at his own expense. He did far more than he had to.

THE COST OF CARING

Sometimes our neighbours need more than compassion, and contact. They need us to show caring love in meaningful practical ways.

His helpful action cost him dearly.

What did he stand to gain? Nothing! – Except, the joy that comes when we love and serve others without thought of any reward.

I started with an illustration about a lot of different types of people, and their responses to a man in trouble. Let’s add another line to this illustration.

“The readers of this blog went and found a ladder, and helped the man out of the pit.”

Are you aware of someone who is in a pit right now? Someone with a need?

What does the Lord want you to do about it?

The following song sums up what it means to be a good Samaritan. Servant Song