The fourth Advent candle represents love. In some traditions peace. It is called the “Angel’s Candle.”

The group ABBA sang a song titled “I believe in angels”.

Do you believe in angels?

Did you know that there are 196 references to angels throughout scripture commencing in Genesis and ending in Revelation?

Angels played an important role in the Christmas story as we saw in our last session. 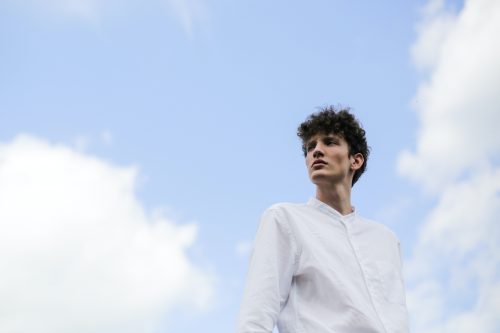 We know from traditional readings at Christmas time of the angel’s announcement to the shepherds out in the fields. But angels were involved right from the the very conception of the Christ child.

An angel appeared to an unmarried teenage girl to inform her that she was to become pregnant. She would give birth to a son. Her child would be special, “He will be great, and will be called the Son of the Most High,…” (Luke 1:32 NET)

She was understandably confused because she had not been intimate with any man.

The angel explains, “The Holy Spirit will come upon you, and the power of the Most High will overshadow you. Therefore the child to be born will be holy; he will be called the Son of God.” (Luke 1:35 NET)

Ladies how would you react to such a message?

Mary’s response to this unexpected news was simply amazing. “Yes, I am a servant of the Lord; let this happen to me according to your word.” (Luke 1:38 NET)

When Mary’s fiancé, Joseph became aware of his beloved’s pregnancy he was also confused.  But, “Because Joseph, her husband to be, was a righteous man, and because he did not want to disgrace her, he intended to divorce her privately. ” (Matthew 1:19 NET)

Once again God sent an angel to explain to Joseph what had happened. Whereas Mary actually saw an angel, “an angel of the Lord appeared to him in a dream”. (Matthew 1:20a NET)

The angel explains. “Joseph, son of David, do not be afraid to take Mary as your wife, because the child conceived in her is from the Holy Spirit.” (Matthew 1:20b NET)

The words of the prophet Isaiah were about to be fulfilled, (Isaiah 7:14)  “Look! The virgin will conceive and give birth to a son, and they will name him Emmanuel,” which means “God with us.” (Matthew 1:23 NET)

When Joseph woke up his confusion had been cleared. So he went ahead and married Mary. However, they did not have marital relations until she gave birth to a son, whom Joseph named Jesus.

When Jesus was almost two years old they were visited in their home in Bethlehem by a group of wise men from the east. Unfortunately they had come via King Herod in Jerusalem. When they did not report back to him he sent his soldiers to kill all children under the age of two.

Once again God sent an angel to this special couple. “…an angel of the Lord appeared to Joseph in a dream and said, “Get up, take the child and his mother and flee to Egypt, and stay there until I tell you, for Herod is going to look for the child to kill him.” (Matthew 2:13 NET)

Joseph packed up their belongings and he and his little family fled to Egypt where they stayed until after Herod’s death. Then “an angel of the Lord appeared in a dream….Get up, take the child and his mother, and go to the land of Israel, for those who were seeking the child’s life are dead.” (Matthew 2:19,20 NET)

Angels certainly played an important role in communicating God’s will to this young couple.

GOD’S WORD TO US

Our passages also show God’s protective love of His own. At times we wonder at God’s protection when confronted by alarming situations. But we need to be thankful that because He loves us there are many other situations that God actually shields us from.

Within a few days we again celebrate Christ’s birth. Close the session by joining in a carol about the angels—Angels from the realms of glory.

And if you haven’t been following this series, you might like to take a look at the other posts.