On the third Sunday of Advent, a pink candle symbolizes Joy. This candle is also called the ‘Shepherds Candle’. 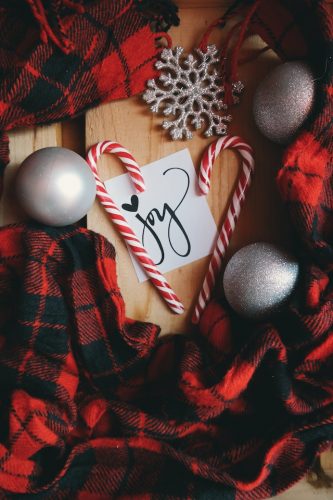 If you wanted people to know that the promised Messiah had been born, you would surely choose the most influential person you could think of, wouldn’t you?  How amazing that God choose to share the joyful news of the Saviour’s birth first with a group of lowly shepherds.

Apart from certain Old Testament heroes very few people had actually seen an angel. Then one night an angel appeared to a small group of shepherds.

In those days, religious people for various reasons despised the shepherds:

On the positive side, these men and boys may have been special shepherds. There’s a strong possibility that they were actually caring for sheep, destined to be sacrificed in the temple.

It is a beautiful thought that the shepherds who perhaps cared for the Temple lambs were the first to see the Lamb of God who takes away the sin of the world.

Those shepherds may well have had a special relationship with God. David was a shepherd boy. He wrote many of his psalms out on the hillside, watching his father’s sheep, aware of God’s presence.

Regardless of whether they were in charge of the temple flocks or not, those shepherds would still have been regarded by most as the lowest of the low. Yet God chose them—despite their lack of education, and their poor living conditions. He gave them the amazing honour of being messengers of good news, in fact the best news ever.

Suddenly, unexpectedly “An angel of the Lord appeared to them, and the glory of the Lord shone around them…” The suddenness and splendour of this appearance threw the shepherds into a state of panic, but the angel was quick to set their minds at rest, “Don’t be afraid!”

Having given them the good news of Christ’s birth the angel went on to give them a sign’ which would help them to recognize the baby. In Bethlehem that night there were probably several newborn babies “wrapped in cloths” but there would only be one “lying in a manger.”

A heavenly choir praising God joined that one angel. In those days when a boy was born, the local musicians gathered at the house to greet his birth with simple music. Isn’t it wonderful to think that a heavenly choir took the place of local musicians when Jesus was born? That the angels sang songs for Jesus when the earthly singers were not available!

When the angels had left them the shepherds were quick to act. “They hurried off and found Mary and Joseph, and the baby who was lying in a manger. When they had seen him, they spread the word…The shepherds returned, glorifying and praising God for all the things they had heard and seen…”

The joy of having seen the Christ child was something they could not be bottled up—they “spread the word.”

God has a message for each one of us. He will use whatever means necessary to get that message across to us. But we have to be listening!

Does God want to speak to you today?  He certainly does.

In closing here’s a catchy song about the shepherds to sing along with—‘Shepherd’s Song’.

And if you haven’t been following this series, you might like to take a look at the other posts.