What are the requirements of a missionary?

Who did you think of?

Perhaps Paul was the first individual who came to mind?

Today’s story tells of the most unlikely missionary. 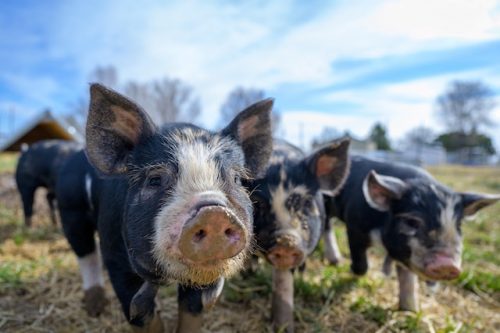 Jesus met this future missionary in a cemetery—he was a lunatic!! A deranged man living in a graveyard. Did this man have the wherewithal to become a missionary? Surely not!!!

Isolated from family and friends by his animal-like behaviour.  So violent, the authorities didn’t know what to do with him. They tried to restrain him, but he broke the chains—tore up his own clothes—lived in burial caves—and cut himself with jagged rocks.

In fact, here in South Africa and I’m sure in most countries, those who display such anti-social behaviour are institutionalized. They may undergo professional analysis and expensive treatment, which over a period of years may curb this anti-social destructive behaviour. On the other hand, it may not.

Immediately Jesus and his disciples beached their boat near the town of Gerasa (the KJV has Gedara) near a graveyard with a large herd of pigs in the vicinity. they encountered this naked wild man.

Horrified at this apparition, I imagine the disciples were ready to get back into their boat. However seeing Jesus, this man ran up and fell at his feet. Jesus ordered, “Come out of that man, you unclean spirit!” (Mark 5:8 NET) To which the man shouted back, Jesus, Son of God in heaven, what do you want with me? (Verse 7)

Jesus wanted to deliver him from his demonic bondage.

Whatever your bondage, it doesn’t scare Jesus. If he could deliver that demon-possessed man, He can free you as well.

As his disciples looked on helplessly, and probably not a little afraid, Jesus went into action. He delivered the lunatic from his evil occupants. Despite being possessed by ‘lots” (several versions say ‘a legion’ – verse 9) of demons they were no match for Jesus. They were powerless in Jesus’ presence.

The Good News Bible puts their appeal to Jesus in this way; they begged Jesus not to send them away (verse 10) .Send us into those pigs! Jesus consented and the whole herd of two thousand demon-possessed pigs plunged into the lake and drowned.

The pig handlers took to their heels and ran into the town and to the neighbouring farms to report what had happened. On the one hand, their ‘bread and butter’ had vanished into the lake. On the other hand, the fearful demoniac was set free from bondage. They certainly had an amazing and unlikely story to tell.

Very soon, crowds began to gather in the cemetery, not for a funeral, but to witness the transformation of a mindless madman into a perfectly normal human being –”They saw the man who had once been full of demons… sitting there with his clothes on and in his right mind” (verse 15b GNB).

Let’s bring it nearer to home.

A special friend or a family member is institutionalized due to a weird pattern of behaviour. After a period of medical treatment that person is discharged. The treatment is proclaimed to be a success. How do you react?

Note the reaction of people to that man’s deliverance. They were terrified (verse 15b). The man’s previous destructive behaviour had indeed been terrifying, yet they seem to have been equally terrified at his perfectly normal behaviour!

Instead of being overwhelmed at the miraculous change in the man and thankful for the man’s deliverance, the people begged Jesus to leave their part of the country (verse 17).

Seeing as the poor man had been a social outcast it’s not surprising that he wanted to be with the person who had rescued him from his past violent lifestyle. Yet Jesus wouldn’t let him join the other disciples in the boat. Jesus had a different plan for this man. “Go home to your family and tell them how much the Lord has done for you and how good he has been to you” (Mark 5:19b).

Commissioned by Jesus to become a missionary to his own community, the man went away into the region near the ten cities known as Decapolis and began telling everyone how much Jesus had done for him. We read how amazed everyone was (Mark 5:20).

We hear no more about this madman-become-missionary, but two chapters further on we read something amazing.

Sometime later Jesus and his disciples returned to the area of Decapolis. Some people brought to him a man who was deaf.  Jesus looked up toward heaven, and said, “Effatha!” which means “Open up!”  At once the man could hear clearly.

Jesus told the people not to say anything about what he had done. But the more he told them, the more they talked about it. “Everything he does is good! He even heals people who cannot hear or talk” (Mark 7:31,32,34-37).

What an amazing change from Jesus’s first visit to the area when the people begged him to leave that part of the country.

It is likely that the transformed madman was behind the change. He had no university degree, no bible college training, no discipleship training; he simply followed Jesus’s instructions and shared what He had done in his life.

In closing, prayerfully think about how you can make an impact for Christ in your community.

You will be amazed at the way you can influence people when you simply share what the Lord has done and is doing in your life.

Watch this short but vivid encounter between Jesus and the madman.