After a break over Christmas and New Year, we get back into our study of the prophecy of Habakkuk.

Many years ago, a favourite song in our church youth group was ‘God can do it again.’

Do you believe that what God has done in the past He can do again?

In our verse this week the prophet takes us down memory lane.

‘O LORD, I have heard of what you have done, and I am filled with awe. Now do again in our times the great deeds you used to do. Be merciful, even when you are angry.’ 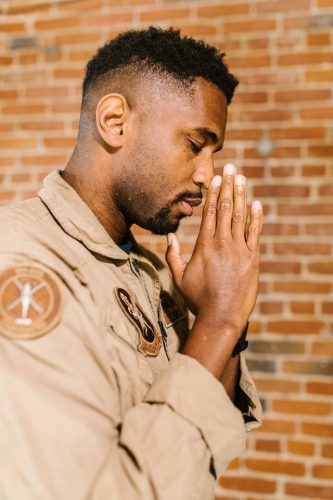 In this final chapter of Habakkuk’s prophecy, he launches into an appeal to God on behalf of Judah (3:1,2). He remembers the many previous occasions when God had come to their rescue (3:3-15).   And he expresses his firm trust in God’s ability to do it again (3:16-19).

In our text verse, the prophet remembers numerous amazing things that he had been told, of how God had helped His people in the past and he prays for God to do it again.

What are probably some of the things he had been told?

God can do it again

We have recently come through another Christmas season in which we have gone down memory lane as we remembered the miracle birth of Jesus Christ the Saviour of the world.  Across the world, we remembered the amazing miracle of God taking on flesh in the form of His Son to live amongst us.

During His adult years, once He commenced His earthly ministry, Jesus often performed miracles.

During our life as a couple, the Lord has done it again many times.

When ministering in Zimbabwe both of our sons went down with Rheumatic Fever and were bedridden for months – the older spent 9 months in bed and the younger 6 months. During a time of prayer with my wife, the older of the two prayed that we would be able to get to the beach.

We lived in landlocked Rhodesia as it was called at that time (now Zimbabwe).  We drove a tiny old car. And we were battling financially. A seaside holiday was not remotely in our thoughts.

Then came a phone call.

It was from a colleague in Durban. “I am sure a spell at the seaside will do them the world of good. When they are ready, phone me.”

Some weeks later, all five of us flew to Durban from Harare. The minister arranged to put us up in a luxury seaside hotel for two weeks. He provided us with a vehicle to get around in with a petrol tank which was always full.

Shirl and I were given a very generous gift of spending money and each child received a bag of coins to use on the game machines in the hotel.

We left Harare airport with the two boys in wheelchairs. We returned two weeks later with the boys pushing their wheelchairs to the terminal building.

The Lord used his servant to bring about miraculous healing to our sons. He had done it again.

Can God Still Do it Again?

And that was only one of our miracles through the years.

Years before, a specialist warned us of a risk to Shirl’s life if she didn’t have a medical abortion. There was little likelihood of her carrying the pregnancy to full term and if she did the baby would be badly damaged.

That “badly-damaged” baby is the strapping, healthy, father to two of our precious grandchildren.

The Prophet was filled with awe.  He had heard of the Lord’s reputation and of his intention to punish the people of Judah and then deal with their oppressors.

He goes on to pray in effect a prayer for revival.

“I have great respect for you because of your mighty acts. Do them again for us. Make them known in our time” (Verse 2b NIrV).

Or as our text from the Good News Bible puts it, “Now do again in our times the great deeds you used to do.”

Surely this needs to be a major focus of our prayer, Lord, do again the great deeds you used to do.

Even as he prays that God would reveal Himself to be an active God dealing with situations on behalf of His people the prophet acknowledges that Judah needed to be reprimanded. Hence his further prayer,  “Be merciful, even when you are angry.”

Even though the Lord intended to discipline his people the prophet makes a passionate appeal that through the tribulations that they would face the people of God would come back on track with God and experience his mercy.

As we have already noted, Jesus’ ministry was full of amazing miracles. Towards the end of His time here on earth, Jesus said,

“I tell you for certain that if you have faith in me, you will do the same things that I am doing. You will do even greater things, now that I am going back to the Father” ( John14:12 CEV).

After Jesus’ ascension into heaven and the baptism of his disciples in the Holy Spirit, they were enabled to perform many miracles. “The apostles worked many miracles and wonders among the people” (Acts 5:12 CEV).

“The Lord gave them (Paul and Barnabas) the power to work miracles and wonders, and he showed that their message about his great kindness was true” (Acts 14:3 CEV).

Please, God, Do It Again

We live in a world that is wracked with all kinds of evil. A world lacking in true, sincere, honest, loving leadership. As a result, even godly families are floundering.

Where for many the future appears very bleak, there needs to be fresh empowerment of the Holy Spirit. A realisation that God is not dead, that what He has done before He can do again and again.

Along with Habakkuk, we Christians need to make these words our regular prayer,

“Now do again in our times the great deeds you used to do” (Habakkuk 3:2b).

As we launch out into a new year with its uncertainties, please pray for God to do it again. Pray for a Holy Spirit-motivated revival.—For God to work His miracle-working power again to bring this pandemic to an end.

Pray that the Prince of Peace will bring peace where there is no peace. And rescue all who are oppressed.  Pray for God to guide world leaders to a positive united way forward.

Pray that with me now as you sing along with this song:

God Can Do It Again!