There seems little doubt that the COVID-19 virus that continues to plague the world originated in Wuhan, China . Scientists don’t yet seem to have come to a firm conclusion how it came to afflict humans. But really, from our point of view, does it make a difference? It’s here. And we have to deal with it.

‘You sent plagues ahead of you. Sickness followed behind you.’ 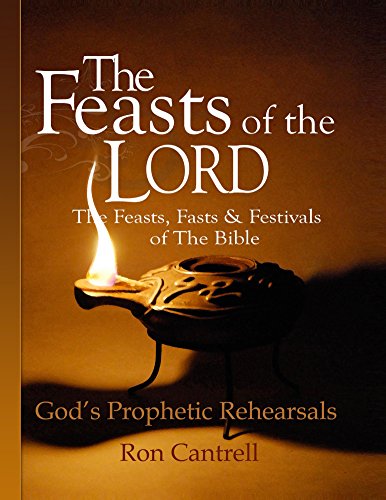 Habakkuk declares that God moves about the earth, like the sun, as we noted in verse 4 – “His splendor was like the sunrise;…” (NIV) He burns up what is in front of Him and chars what He leaves behind in His judgement on evil. “Before him went the pestilence, and burning coals went forth at his feet.” (Habakkuk 3;5 ESV).

Numerous versions use the word ‘Pestilence’ (burning heat) along with ‘plague’ (devastation) to emphasise God’s scorching holiness and justice.

We see this to be the case when God produced a series of ten plagues to punish Pharaoh and the Egyptians for their ill-treatment of the Israelites. In certain cases, God seems to be One who is the source of plagues and sickness.

In the story of Job, we see how God allowed diseases to test Job’s faith. Satan did the damage. God allowed it.

“So Satan went out from the presence of the LORD and afflicted Job with painful sores from the soles of his feet to the crown of his head.” (Job 2:7 NIV)

The Purpose for the Plagues

In his book on ‘The Feasts of the Lord‘ Ron Cantrell has some fascinating suggestions. He points out that in delivering the Israelites from Egyptian slavery, “He purposes to show Egypt that He reigns supreme over the multiple gods of Egyptian religion. The plagues listed in the book of Exodus stand as an audio-visual renunciation of these gods.”

What Gods Is He Referring To?

In his book, Cantrell provides the following information.

10. Death of the firstborn. The firstborn male of every family, as well as the firstborn of every animal, was slain by the angel of death to show just how powerless the gods of Egypt were.

As we’ve seen the Egyptian plagues were definitely sent by God to punish the Egyptians and force them to release His people. They also clearly highlighted the inadequacies of all the Egyptian gods.

I have no intention of trying to answer that question. Let’s leave that to the scientists. For us, the important question is how it has affected us? Have we changed at all?

The plague of the COVID-19 virus has come upon us all. Many of us have lost people we love to this scourge. I doubt there is anyone alive today that has not been affected in one way or another.

But God is the One who heals sickness and removes plagues.

Each time Pharoah appealed to Moses to get God to bring a plague to an end, God responded by terminating that particular plague. Obviously, the effects of the plague continued e.g. the crops had been destroyed and would have taken time to regenerate. The first-born sons could not be brought back to life. But God brought that plague to an end.

When Miriam rebelled against her brother Moses’ authority God punished her by inflicting her with leprosy. Whereas most lepers lived out the rest of their lives with the disease, Miriam repented, and after seven days she was healed.

“When the cloud lifted from above the tent, Miriam’s skin was leprous–it became as white as snow.  So Moses cried out to the LORD, “Please, God, heal her!” . . . God replied, “Confine her outside the camp for seven days; after that she can be brought back.” (Numbers 12:10, 13,14)

Note that God responded to the prayer of Moses to bring about healing.

God has no desire to inflict plagues, diseases, pandemics upon us. This is evidenced by the very fact:

Like Moses, we Christians have a part to play—to pray to God on behalf of the sick and diseased for their healing. But we also need to examine ourselves. Is there something we should be doing, or have failed to do?

An ancient saying sometimes attributed to King Solomon, assures us,

“This too shall pass!” The horrors of COVID-19 will one day, hopefully soon, be brought under control. God will bring the plague to an end.

As we draw to a close today, take a few minutes to pinpoint at least one thing you have learned as a result of COVID-19.
Then ask the Lord to show you how you can grow spiritually as a result.

You may be surprised. It hasn’t all been bad!