At any particular point in time somewhere in the world a nation is armed for battle against another nation,

to confront terrorism, or to contain internal civil unrest.

As I prepare this study the world is incensed at Russia, armed for battle, invading Ukraine. Worldwide there have been large-scale protests against this act of aggression.

According to the news, even within Russia itself, there have been protests. Russian protestors are being manhandled and arrested for voicing their opposition. 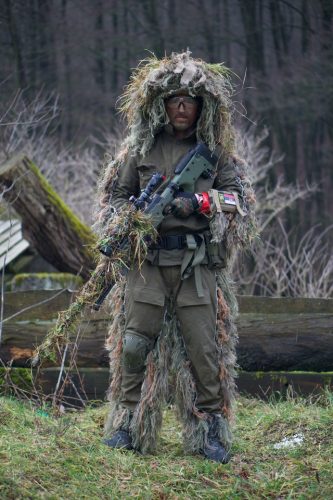 In our verse for today, the prophet Habakkuk depicts God as being armed for battle

‘You uncovered your bow, you called for many arrows. You split the earth with rivers.’

God had made a covenant with His people and promised to deliver them.

This verse describes the Lord as a warrior King. The “uncovered bow” means it is ready for use.

Habakkuk pictures God’s powerful bow ready for battle. He says God has ‘called for many arrows’ to shoot at His enemies as pictured in Deuteronomy.

“When I sharpen my lightning sword and execute judgment, I take vengeance on my enemies and pay back those who hate me. I’ll make my arrows drunk with blood, my sword will gorge itself on flesh…” (Deuteronomy 32:41,42 The Message)

The prophet pictures the Lord as using weapons of war to execute his judgement.

The prophet also imagines the rivers as God’s instruments to split the earth—perhaps like an earthquake.

One Bible commentator links this verse to an incident in Exodus, to the occasion when Moses split the rock to produce water.

“Remember how he led you in that huge and frightening desert where poisonous snakes and scorpions live. There was no water, but the LORD split open a rock, and water poured out so you could drink.” (Deuteronomy 8:15 CEV)

Yet the context of this verse is not referring to providing water for His people to drink, instead, it refers to God’s fearful means of overwhelming Israel’s enemies.

The Word of God reveals that as Christians we are engaged in warfare against forces of evil. The world news is full of stories of how the people of Ukraine are constantly ready for conflict. They dare not let their guard down. So too, we as Christians need to be consistently armed for battle.

WEAPONS OF OUR WARFARE

Just as God promised to defeat Israel’s enemies, He has promised that if we use the weapons He has provided we will be able to overcome the forces of evil.

Image by Joel Arfi from Pixabay

Above is a picture of a typical Roman soldier of Paul’s day. Paul was rescued from angry Jewish fanatics in Jerusalem by Roman soldiers. He was transported under their guard to Caesarea. He travelled across the Mediterranean Sea under the guard of a Roman centurion. And he was finally imprisoned in Rome under a four-man guard of Roman soldiers.

Paul knew all about a Roman soldier’s armour through close contact. So he was able to use this knowledge to teach a very important lesson about how to deal with our adversary and his minions.

“For we are not fighting against human beings but against the wicked spiritual forces in the heavenly world, the rulers, authorities, and cosmic powers of this dark age. So put on God’s armor now! Then when the evil day comes, you will be able to resist the enemy’s attacks; and after fighting to the end, you will still hold your ground. So stand ready, with truth as a belt tight around your waist, with righteousness as your breastplate, and as your shoes the readiness to announce the Good News of peace.

At all times carry faith as a shield; for with it you will be able to put out all the burning arrows shot by the Evil One. And accept salvation as a helmet, and the word of God as the sword which the Spirit gives you. Do all this in prayer, asking for God’s help. Pray on every occasion, as the Spirit leads.” (Ephesians 6:12-18a GNB)

Eugene Peterson in his version of the above passage brings across Paul’s encouragement in a down-to-earth way, encouraging all believers to be fully armed for battle at all times.

“Be prepared. You’re up against far more than you can handle on your own. Take all the help you can get, every weapon God has issued, so that when it’s all over but the shouting you’ll still be on your feet. Truth, righteousness, peace, faith, and salvation are more than words. Learn how to apply them. You’ll need them throughout your life. God’s Word is an indispensable weapon. In the same way, prayer is essential in this ongoing warfare.”(Ephesians 6:13-18a MSG)

Paul had the same kind of advice for the Thessalonian believers.

“But we belong to the day, and we should be sober. We must wear faith and love as a breastplate, and our hope of salvation as a helmet.”(1 Thessalonians 5:8)

The world is hoping for a speedy end to the Russia/Ukraine conflict. Only time will tell. Yet as God’s children, we are engaged in a never-ending battle. A battle that will rage on until we go to be with our Captain, Jesus Christ, in glory.  We cannot drop our defences. We must continue to use the defensive weapons—the belt of truth, the breastplate of righteousness, wearing the shoes of our testimony to God’s peace, carrying the shield of faith, and protected by the helmet of salvation.

It is also essential that we use our offensive weapons of the sword of the Spirit (God’s Word) and pray constantly.

Join me as we sing an ancient hymn which encourages us as we move onward into battle against the powers of evil. Take in the words as you sing.