Do you rate yourself as a successful Christian or are your failures dragging you down?

Several years back for the first time in many years a South African won the Comrades Marathon. However, he was disqualified days later for having used a banned substance.

Many have made great strides in politics, business, the theatre, society, and even in the ministry, only to have their success crumble as a result of something they’ve done or failed to do.

In our readings for this session, we read of a man who had great potential for success but whose life ended in failure. 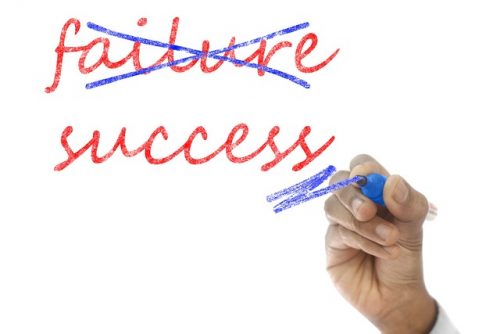 Image by yogesh more from Pixabay

A dictionary definition of Failure is ‘the non-occurrence, non-performance, neglect to do something’.

Success is ‘the attainment of one’s object’

The Word of God is very honest in its record of the successes as well as the failures of its chief characters. Even some well-known Bible heroes have made the transition from success to failure. Both Kings Saul and David, come to mind. God chose them both to become king of Israel.

Initially, King Saul was God-fearing but he disobeyed God’s instruction to totally annihilate the enemy (1 Samuel 15:3,9). Then God told Samuel “Saul has stopped obeying me, and I’m sorry that I made him king.” (Verse 11)

King David had so much potential—an accomplished musician, poet, herdsman, and marksman, and chosen to replace Saul as Israel’s king. He had everything going for him, but in a weak moment or days, he sinned. He neglected his troops, committed adultery, and had his lover’s husband murdered.

Although Saul and David were chosen by God, they both fell short of God’s standard for living a God-glorifying life.

Paul reminds us that “all have sinned and fall short of the glory of God” (Romans 3:23 ESV). That includes me, and it includes you.

Jesus did not make his choice of the Apostles lightly; he spent a whole night in prayer before choosing his twelve-man team. (Luke 6:12-16) One of the chosen twelve was Judas son of Simon Iscariot.

Along with the rest of the team, Judas was appointed to “announce that the kingdom of heaven will soon be here.  Heal the sick, raise the dead to life, heal people who have leprosy, and force out demons.” (Matthew 10:7,8 CEV) So not only did Judas hear Jesus’s amazing teaching, and witness the miracles that Jesus performed, but he actually experienced the wonder of being personally powerfully used by God.

Our first reading informs us that he was the treasurer of the group of Apostles and inclined to pocket some of the proceeds for himself (John 12:6). But the fact that he was appointed treasurer, indicates he started off well. He was a successful team member. Yet like so many other followers of the Master, he had a wrong concept of Jesus’s mission here on earth.

His final act of failure showed up at the Last Supper. When Jesus did not fall in line with his expectations, Judas tried to force the Lord into setting up a coup against Rome, by betraying him to the religious leaders who saw Jesus as a threat to their authority.

Jesus gave him every opportunity to turn from his godless plan, but he didn’t. His plan failed miserably. Instead Jesus was arrested, put on trial, and condemned to death. When Judas realised what a dreadful mistake he’d made, it was too late. And he committed suicide (Matthew 27:5). How sad. For a man who started out with such potential.

Could Judas’s failure have been reversed? Yes! I believe it could. If only he had accepted the olive branch Jesus offered him at that last supper. If only he had repented and sought God’s forgiveness and returned the money. If only he had not betrayed his Lord.

Could God possibly still have work for David to do after his adultery with Bathsheba? Yes God graciously restored David after he pleaded for forgiveness in that wonderful Psalm of repentance: Psalm 51. Despite his failure, the shepherd, soldier, singer, sinner, and sovereign went on to become a successful, dedicated servant of God.

Of the twelve men Jesus chose, his right-hand man denied him, Judas betrayed Him, and nine of the others deserted Him—a 91% failure rate. Only John was present until the end. Yet after Jesus’ resurrection and the Pentecost anointing, eleven of them became a success in their witness for Christ, laying a firm foundation that has enabled the Gospel to be spread worldwide.

Becoming a Christian does not automatically turn us into perfect people. We are all still sinners—forgiven sinners. We are banded together to try to serve God.

Perhaps you have tried to live a successful Christian life but find that so often you fall short. So often you lapse back into doing things your way, not God’s.

You only have one life to live here on earth. There is no second opportunity to serve the Lord. Click To Tweet

You need to make your life count for God.

Admit your failures. Ask God through Christ’s sacrifice to cleanse you, and to show you what He wants you to do for Him today.

In closing let’s celebrate together that we can be successful Christians through the singing of this beautiful hymn: My Life is in You Lord!