Have you ever wished that you could go back in time and change your life or even just a particular part of it?

Our passage this week is about someone who was able to make such a change. 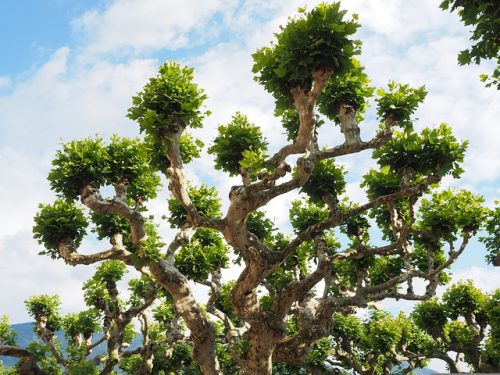 The name Zacchaeus means ‘pure’, but to the Jews he was ‘impure’ – a traitor to his own people.

Jesus, the miracle man from Galilee, was approaching Jericho. Zacchaeus was keen to get a good look at this man. However, he had a problem—he was short. There was no way that his fellow citizens would allow him to push his way to the front in order to see Jesus.

So Zacchaeus came up with a plan. He worked out what route Jesus would take. He ran ahead of the crowd, and then—of all things—he climbed a sycamore tree!

Not the place one would anticipate encountering the taxman. It certainly reveals how anxious Zacchaeus must have been to see Jesus.

Imagine his surprise when Jesus stopped at the foot of the tree and looked up at him. Imagine his embarrassment when Jesus said, “You silly little taxman what do you think you are doing up that tree?”

Is that what Jesus said?

No! “Zacchaeus, hurry down. Today is my day to be a guest in your home.”

This stunned Zacchaeus. He wasn’t used to being treated with respect by a fellow Jew. What was more amazing Jesus wanted to visit his home. This is a wonderful thing about Jesus. No matter who we are, what others think of us, or even what harm we may have done to others, Jesus wants to be made welcome in our lives.

Jesus’s acceptance of Zacchaeus had a life-changing effect on this man. There and then this tax collector decided to change his attitude towards his job and the people.

“Master, I give away half my income to the poor–and if I’m caught cheating, I (will) pay four times the damages.”

Note that Jesus hadn’t pointed out his faults! By merely being in Jesus’ presence, Zacchaeus saw the need to change.

He committed himself that in the future he would claim a fair tax. He even went so far as to say that if he erred in his assessment, he personally would reimburse the person he wronged.

Jesus wants to be an important part of your life. Jesus not only wants to make a difference in your life, He wants to transform others through you. How Zacchaeus handled his customers from then on would have had a major influence on their lives. How we handle the people around us can make all the difference in their lives too. 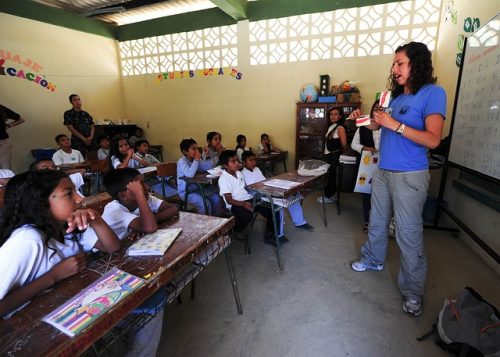 Image by David Mark from Pixabay

A CHALLENGE TO CHANGE

There is a well-known fictional story about a boy called Teddy Stoddard. I encourage you to read the  story here, but  basically the story is about a little boy whose life is turned upside down by the death of his mother while he was in Junior School.

Teddy Stoddard’s teacher found him to be a major challenge to teach. He arrived at school shabbily dressed and unkempt. His fellow classmates tended to laugh and jeer at him. He sat with a sullen expression on his face and showed no interest in what the teacher was teaching. There was no way he would pass at the end of the year.

His teacher Miss Thompson was at her wits end, until she read the reports of his previous teachers and discovered that he was actually a bright lad, but the passing of his mother had brought about a deep depression. She decided to put all her effort into encouraging him and helping him to cope. By the end of the year, Teddy had caught up with the majority of the class.

From then on, as he continued his schooling, from time to time she received a short note from him giving an account of his progress. Eventually, years later, she received a longer letter to inform her that he had graduated from university as Theodor Stoddard M.D. He had met a lovely girl whom he was about to marry. Theodor invited Miss Thompson to attend the wedding and sit where his mother would have sat if she were alive.

What an honour! All because she had been an agent of change and made an amazing difference in Teddy’s life.

That’s what Jesus does for you and for me. Jesus makes the difference.

Zacchaeus decided to take Jesus at His word, and welcomed Him into his home. When Jesus came into Zacchaeus’s life that day, He made a difference. He transformed that little man’s attitude towards all those around him.

There will be those who are easy to like. There will be others who are oh so difficult. But in each case, God is giving us a chance to make a difference.

In closing, won’t you ask God to help you spot the opportunities He brings your way today? Openings where you can make a difference in someone’s life.