First impressions of people often produce doubt about their character.

Several years back a popular TV series was “Style by Jury”.

A jury of 9 persons hidden behind a one-way glass was asked to give their first impressions of an unattractive person being interviewed by the program presenter.

That unattractive lady was given a weeklong makeover and then viewed by a new jury. The change that had taken place during that week was so stunning that the new jury gave a completely different first impression.

According to Mindtools.com, ‘It takes just a quick glance, maybe three seconds, for someone to evaluate you when you meet for the first time. In this short time, the other person forms an opinion about you based on your appearance, your body language, your demeanour, your mannerisms, and how you are dressed. These first impressions can be nearly impossible to reverse or undo, making those first encounters extremely important, for they set the tone for all the relationships that follow.

It’s so easy to harbor a wrong impression of a person based on their reactions to a particular situation. 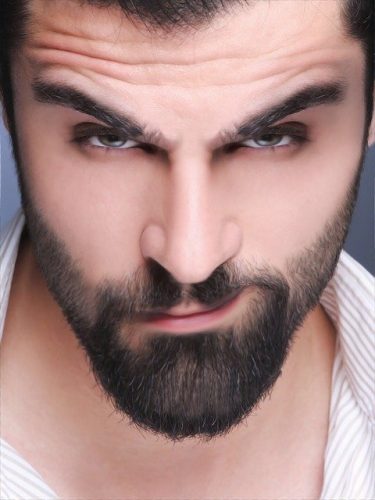 Image by prettysleepy1 from Pixabay

Our passage focuses on one of Jesus’s disciples who since that very first Easter has been severely judged. SO much so that even today, people refer to him as Doubting Thomas. Yet Jesus originally obviously saw something good in him and chose him as one of the twelve. (Matthew 10:3)

Thomas, is also known as Didymus which means ‘twin’. However the Bible does not mention him having a twin brother or sister. He was one of the twelve, but it’s only in the gospel of John that we get further information about him.

On the night after His resurrection, Jesus appeared to a group of disciples locked behind closed doors. For some reason, Thomas was not present at the time. When he heard that he had missed out, he made that statement which has dubbed him a ‘doubting Thomas’ ever since… “Unless I see the nail holes in his hands, put my finger in the nail holes, and stick my hand in his side, I won’t believe it.”

Thomas was honest enough to put his doubts into words. Even as Christians, we all experience doubt at times. Is that not true? How about: Doubts

Have you ever experienced any of these?

Doubts can be valuable if they are recognized and confessed… and if they force a man to search deeper and longer for answers.— Neil Strand 'Cover to cover God's people. Click To Tweet

How quick we are to find excuses when we’ve let the side down.

“Old Father Morris had noticed a falling off in his little village prayer meeting. Later when he had a reasonable-sized audience he took the opportunity to tell them about this meeting of the disciples after Jesus’ resurrection.

“But Thomas was not with them,” he said in a sorrowful voice. “Why? What possible reason could he have had for staying away?

“Perhaps, [he] had got cold-hearted, and was afraid they would ask him to open in prayer; or perhaps…” Father Morris looked directly at the farmers, “he was afraid the roads were bad; or perhaps … he thought a shower was on its way.”

He went on to list some of the possible excuses the audience had for missing the prayer meeting and then added, “But only think what Thomas lost, for in the middle of the meeting the Lord Jesus came and stood among them.” (Adapted from “Thomas” ‘Cover to cover God’s people’ page 337)

After Jesus’s departure, I’m sure the other disciples commented, “I wish Thomas was here.”

A week later Jesus made another unexpected appearance and this time Thomas was present. Jesus graciously allowed Thomas to prove for himself that Jesus was indeed alive.

Jesus did not condemn Thomas for his attitude. Instead He was prepared to meet the disciple’s terms. “Take your finger and examine my hands. Take your hand and stick it in my side. Don’t be unbelieving. Believe.”

His doubts removed, Thomas made a statement no other disciple had made before, “My Master! My God!” The disciples had addressed Jesus as ‘Teacher’; ‘Messiah’; ‘Son of God’; ‘Son of the living God’ but there’s no record of any of them say, ‘my God‘ as Thomas did on this occasion.

Two previous stories involving Thomas give us a better picture of the true character of this disciple.

Early on in His ministry after Jesus claimed, “I and the Father are one” the Jews accused our Lord of blasphemy, (John  10:33) and were prepared to stone Him as prescribed by the Law of Moses. (Leviticus 24:16)

Jesus and His disciples then retreated to the eastern side of the Jordan River. Later upon hearing of Lazarus’ death, despite the danger of returning to the Jerusalem vicinity, Jesus was prepared to return to Martha & Mary in Bethany. In response to Jesus’ sharing His intention with the disciples, Thomas announced, “Come along. We might as well die with him.” (John 11:16)

Labeled a doubter, Thomas, showed his loyalty by being prepared to die at his Lord’s side.

A large church was packed to capacity when two men in black entered. One man took up a position halfway down the middle aisle while the other remained near the main door. Simultaneously they both produced automatic weapons and the man in the aisle announced, “Anyone who is not prepared to die for Jesus is free to leave.”

Church members, choir members, some deacons, and the assistant pastor all beat a hasty retreat until only the pastor and about twenty people remained in the church. The men then laid down their weapons and announced, “Pastor you may proceed with the service these people mean business.”

During the week between His triumphal entry on Palm Sunday and the Last Supper Jesus taught the disciples about his imminent departure for heaven and said, “You know where I am going and how to get there.” (John 14:4 TLB)

Thomas disagreed, saying they did not know where he was going. This prompted Jesus to respond with that wonderful truth, “I am the way, the truth and the life without me no-one can go to the father.” (John 14:6 CEV)

Thomas was not being disrespectful, he was simply asking for clarification on a misunderstanding.

Thomas was not afraid to ask searching or probing questions of the Lord, and nor should we be.

Church history and tradition indicate that the man labeled as a doubter traveled to many countries sharing the good news about Jesus possibly even as far as India where he is believed to have been martyred for his faith.

There is no doubt that Thomas was a strong believer and a powerful missionary used to the glory of God.

Was he any more doubting than any of the other disciples? He doubted  where the others didn’t, but then they had seen the resurrected Christ. Yet we also know that even after seeing the risen Christ, some of the disciples still doubted.

Matthew records for us, “Then the eleven disciples went to Galilee, to the mountain where Jesus had told them to go. When they saw him, they worshiped him; but some doubted.” (Matthew 28:16,17)

While here on earth our faith can never be perfect, there will always be those times when doubt will creep in. Don’t panic! We don’t lose our salvation because doubt creeps in. Thomas did not cease being a disciple because he entertained doubt about Jesus’ resurrection. Nor will we.

Thomas’ experience teaches us that when we struggle with doubt, with Jesus’ help we can break through to a stronger faith and become fruitful followers of the Master.

What is causing you fearful doubts? Hand those doubts over to Jesus. Ask Him to remove doubt and fill you with His amazing assurance, His awesome peace, and His power to be His witness in this dark world of ours.

Click on this link and watch and listen to this challenging and beautiful song: Thomas’s Song.