Can you think of any references to a fig tree in the Bible?

Those who followed the studies in Habakkuk will remember that the prophet wrote, ” Though the fig tree does not bud and there are no grapes on the vines,…” (Habakkuk 3:17a) 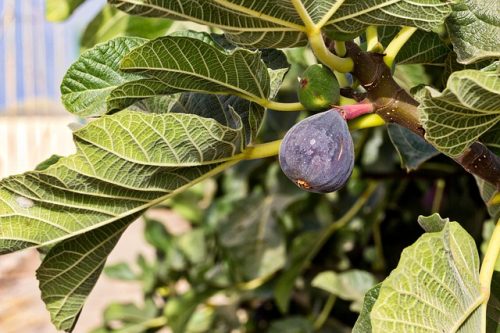 Our study this week is about a young man who was challenged to become a follower of Jesus.

One of the first followers of Jesus was a man named Nathanael, the brother of Philip. Yet we only read of him in John’s gospel.

Nathanael was a model Jew, a man of integrity. His name means “gift of God” or “giver of God” which points to his being a godly person. Nevertheless, he is not listed as an apostle!!

In the first three (synoptic) Gospels, the name Bartholomew always follows Philip in the lists of the twelve apostles. Though, Bartholomew is not mentioned at all in the Gospel of John. And, we know practically nothing about him.

John’s Gospel does not provide us with a list of the twelve apostles. However, Nathanael is listed as one of the seven disciples who went fishing on the Sea of Galilee after Jesus’ resurrection, which suggests that he was one of the twelve.

“Simon Peter, Thomas (also known as Didymus), Nathanael from Cana in Galilee, the sons of Zebedee, and two other disciples were together. ‘I’m going out to fish, ‘ Simon Peter told them, and they said, ‘We’ll go with you.'”(John21:2,3a)

Most Bible scholars believe Nathanael and Bartholomew to be the same person.

John the Baptist was preaching and baptizing alongside the Jordan River and stated, “…among you stands one you do not know. He is the one who comes after me, the thongs of whose sandals I am not worthy to untie.” (John 1:27)

The next day John and two of his disciples were together when Jesus passed by and John declared, “Look, the Lamb of God.” (John 1:29) His two disciples immediately attached themselves to Jesus and spent the rest of the day with him. One of the two was Andrew who promptly found Simon Peter his brother and introduced him to Jesus.

The next day, as our reading indicates, Jesus decided to go to Galilee where he met up with Philip. After meeting Jesus, Philip found his brother Nathanael and excitedly announced, “We have found the one Moses wrote about in the Law, and about whom the prophets also wrote–Jesus of Nazareth, the son of Joseph.” (John 1:45)

Instead of bubbling over with enthusiasm, Nathanael is somewhat sceptical. “Nazareth! Can anything good come from there?” (John 1:46)

It is suggested that the Jews despised Nazareth because a Roman garrison was located there. Alternatively, perhaps it was because Nazareth had a bad reputation for poor morals and religious standards. (John 1:46 Life Application Bible footnote)

Whatever, when Nathanael heard that the Messiah was from Nazareth he was surprised.

Philip was not prepared to debate the issue, he simply responded, “Come and see.” Nathanael was faced with a choice – follow your logic or accept Philip’s invitation. Fortunately, he went to meet Jesus and became a disciple.

When Jesus saw Nathanael approaching, he commented to John, Andrew and Peter, “Here truly is an Israelite in whom there is no deceit.” (John 1:47) Again Nathanael is taken aback, “How do you know me?” (John 1:48)

Jesus’ divine nature comes to the fore, “I saw you while you were still under the fig tree before Philip called you.” (John 1:50)

Nathanael’s response gives him the distinction of being the first recorded person to confess belief in Jesus as the ‘Son of God, the king of Israel.’

Jesus assured him, “You will see greater things than that. Very truly I tell you, you will see ‘heaven open, and the angels of God ascending and descending on the Son of Man.” (John 1:50–51)

In response to Nathanael’s demonstration of faith, Jesus promised him that he will see even greater things. That he would have a similar experience to that of Jacob in the Old Testament. (Genesis 28)

You may remember that Jacob had a dream of angels ascending and descending a stairway between heaven and earth with the LORD standing above them. Jesus indicated that Jacob’s dream was pointing to that day when God would connect heaven and earth — God would reach down to humanity, providing us with an opportunity to be in relationship with Him.

Jesus in effect said, ‘You will see greater things because you will witness my bringing about that connection between God and mankind through my sacrifice.’ (Hebrews 9:12; 10:10)

When Nathanael accepted Philip’s invitation, he became Jesus’ disciple, then an apostle. He witnessed the resurrection and the Ascension of Jesus Christ and became a missionary, spreading the gospel.

Church tradition claims that Nathanael was engaged in missionary work in numerous places, possibly even involved in getting a translation of Matthew’s Gospel to India. And legend has it that he was crucified upside down in Albania.

In preparing for this study I came across this enlightening suggestion.

“It was not any old fig tree but the Fig Tree. Maybe this was a favourite place for Nathanael to contemplate the Law and express devotion to God.” (Knowing Jesus. com)

It would appear from a number of commentaries on this incident that it was common practice for rabbis to spend time contemplating the Torah under a shady fig tree. The Torah is the compilation of the first five books of the Hebrew Bible.

It has also been suggested that in view of Jesus’ reference to Jacob, this could indicate that Nathanael was actually studying Genesis 28 under that fig tree.

So Nathanael apparently was not simply resting beneath the fig tree, he was meditating on God’s Law given through Moses.  This is also hinted at by Philip’s words, “We have found the one Moses wrote about in the Law,..”

Nathanael was a sceptic. But Jesus saw beneath the scepticism. Jesus saw a man of integrity and openness and labelled him as a ‘true Israelite.”  No matter what outward show we may project to others, Jesus knows the real you and real me. He also knows our potential for the Kingdom.

Nathanael’s story reveals that our prejudices can affect our judgement. However, if we open ourselves to principles found in God’s Word we can come to know the truth. Jesus said, “If you hold to my teaching, you are really my disciples. Then you will know the truth, and the truth will set you free.”  (John 8:31b,32)

Nathanael challenges each one of us in the area of our commitment to Christ.

Even though Nathanael became an apostle, he was not perfect. Like most of the other disciples, Nathanael abandoned Jesus during his trial and crucifixion. But he also witnessed Jesus’ resurrection and his commitment to Jesus was so strong that he died a martyr’s death for Christ.

Jesus needs men and women who, like Nathanael, are prepared to go out and share the good news of salvation. That we not only claim to be Christians but that we live our lives based on His teachings. And we are open to the opportunities that arise for us to share what Jesus is doing in our lives.

Our claim to be a Christian must be backed up by the evidence of a changed life seen in our attitude, language, caring concern, honesty, faithfulness, and trustworthiness.

Jesus saw in Nathanael a man with great potential. He sees in each one of us potential beyond our wildest dreams and He wants to unlock that potential if we will let Him.