We have a saying, ‘Never judge a book by its cover.’

By this, we mean that what is observed on the outside does not necessarily give a clear picture of what is on the inside. Our passages in this session are about Martha a woman who on the outside was something of a workaholic, but where was her heart? 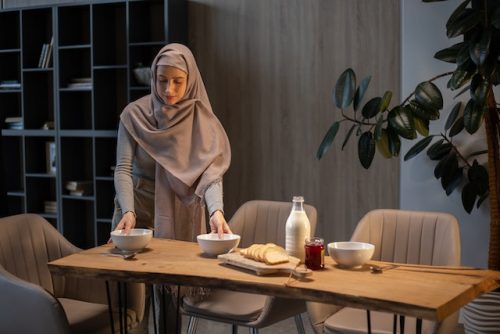 We look at two incidents in Jesus’ ministry involving Martha to try to see them from another perspective.

Jesus and His disciples did a fair amount of travelling around Galilee. They also made several trips to Jerusalem. On one occasion a teacher of the law offered to become a follower of Jesus. Jesus responded,  “Foxes have holes, and birds of the air have nests, but the Son of Man has nowhere to lay his head” (Matthew 8:20; Luke 9:58 ESV).

So when folk like Matthew and Simon the Pharisee invited them to dinner, that was a very welcome gesture. In addition, there seems to have been a home in Bethany that served as a watering hole for the group as well.

In Luke 10 we read, “The Lord and his disciples were traveling along and came to a village. When they got there, a woman named Martha welcomed him into her home” (Luke 10:38).

Martha immediately busied herself in the kitchen preparing the meal while her sister Mary settled down near Jesus to hear what he had to share.

Things were getting on top of Martha, yet her sister seemed oblivious to the difficulties. Eventually, she could take it no longer and she stormed into the room, “Lord, doesn’t it bother you that my sister has left me to do all the work by myself? Tell her to come and help me!” (Luke 10:40b)

Jesus’ response was unexpected, “Martha, Martha! You are worried and upset about so many things, but only one thing is necessary. Mary has chosen what is best, and it will not be taken away from her” (Luke 10:41,42).

In effect, Jesus said, “Martha your focus at the moment is wrong. Now is not the time to focus on material food but on spiritual food.” Jesus was not accusing her of being unspiritual but that she was missing out on the best. She was opting for second best.

Who can blame her? We all face situations where we opt for what we think is best when we should be checking out what the Lord has to say on the subject.

Are you opting for God's best for your life or going along with what is really second best? Click To Tweet

Having witnessed Jesus’s miracles, Mary and Martha believed Jesus could heal their brother. They knew He loved this family and understood the anxiety of the sisters Yet … “he stayed where he was for two more days” v6.

That seems so uncaring, Why the delay?

1. Jesus’ life was in danger. Opposition from the religious leaders was growing in intensity. Jesus  and His disciples had withdrawn to an area on the eastern side of the Jordan River.

Bethany, the village of Martha, Mary, and Lazarus was just over 3 km east of Jerusalem, near enough for Jesus and His disciples to be in danger. When two days later Jesus announced “Let us go back to Judea,” His disciples reacted, “But Rabbi, a short while ago the Jews tried to stone you, and yet you are going back there!”

So Jesus could have sent back the message, ‘Sorry! But our lives are in danger we can’t take the risk.”

He told his disciples two days later “Our friend Lazarus has fallen asleep; but I am going there to wake him up. When the disciples failed to grasp what he was saying “He told them plainly, ‘Lazarus is dead’” (John 11:14).

It seems that Jesus knew that He would be too late. Think about the time sequence:

The distance between the Jordan and Bethany was in the region of 30 km, a journey on foot of a day or more. Simple arithmetic shows that by the time that Jesus received the message Lazarus may have already died.

When Jesus and His disciples arrived in Bethany, he showed His caring concern for both sisters. But we will focus on Martha.

Martha took the initiative, “When Martha heard that Jesus was coming, she went out to meet him” v20.

Although practical and down-to-earth, as we have seen, Martha was also a woman of faith. “Lord, if you had been here, my brother would not have died.” She sincerely believed that Jesus would have healed her brother, more than that she believed that there was still hope,  “I know that even now God will give you whatever you ask” ( v21, 22.)

“Martha, do you believe that Lazarus will be raised to life?

Martha’s faith seemed to waver, “I know that he will rise again in the resurrection at the last day.”

She responded with a profession of faith, “Yes Lord, I believe that you are the Christ, the Son of God, who has come into the world” v27.

To the amazement and joy of everyone, Jesus raised Lazarus back to an extended period of life. We too enjoy a period of life here on earth, but through faith in the resurrected Christ, we have more to look forward to—life eternal.

One last thought. In John 12:1,2 we read, “Six days before Passover Jesus went back to Bethany, where he had raised Lazarus from death.” A meal had been prepared for Jesus. Martha was doing the serving, and Lazarus himself was there. We once again find Martha serving a meal.

This indicates that Martha’s God-given gift would seem to have been service—In his list of the Motivational Gifts Paul wrote, “If we can serve others, we should serve” (Romans 12:7 CEV). And serve is what Martha did—par excellence.

Jesus really cared. Martha needed to be encouraged in her faith, while her sister Mary needed to be comforted in her sorrow. As Jesus’s representatives, when tragedy strikes we need to come alongside and give whatever support is needed. We also need to remember that people are different and their needs differ. Very often, if we are gifted in one area, we expect the same level of involvement from others. Martha was a server. Mary was not.

Do you know what gift or gifts God has given you for the building up of His Kingdom here on earth? Then concentrate on perfecting them. But don’t expect others to do the same. We need to help and serve one another, but not expect the same standard from others when operating in our gifts.

If you’re not sure, I strongly recommend you look for the book by Don and Katie Fortune,  Discover Your God-Given Gifts. It transformed my life and ministry as well as my wife’s.

Sing along with the choir, praying the words as you go.